As a composer and pianist he led his own original projects such as jazz quintet Nedaba (cd Songs About…2009), and multi genre wrgha POWU orchestra (cd Kapiloongo 2010, opoPOP 2012, Ať rosa z nebes sestoupí 2013). With both of them, he performed in a lot of venues in the Czech Republic and abroad.

In 2013, Tomáš with another pianist Zdeňka M. Košnarová recorded cd To the Wind and to the Dark, with their original compositions for solo piano. This cd was successfully presented in many concert halls and radio broadcasts in Germany, France, Portugal and Croatia.

Since 2013, Tomaš has been a producer, bandleader and pianist of female vocalist Lena Yellow. As a result of this collaboration the original cd Positivity (2014) was released. They have been touring with this project throughout the Czech Republic. In October 2015, Lena Yellow project supported the legendary UK band Incognito which was a great honor for the band.

Tomáš is also a member of The Prague Six, a group of six Czech big band composers, led by composer and trumpet player Štěpánka Balcarová. In 2015, they recorded cd Concept Art Orchestra and Prague 6, which contained original big band compositions from each of them. This cd won The Anděl Award in category The Best Jazz and Blues Record.

Tomáš has also composed several pieces of music for film and theatre.

His composition A Song About Šoša won the OSA award in the category The Best Czech Jazz Composition Of Year 2013.

Tomáš lives and creates in Lysá nad Labem, teaches in Conservatory of Jaroslav Ježek in Prague and publishes and releases his works under his own label Mot’s Music. Show less 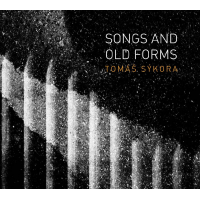 All About Jazz musician pages are maintained by musicians, publicists and trusted members like you. Interested? Tell us why you would like to improve the Tomáš Sýkora musician page.