Jose Fernandez Torres “Tomatito” was born in Almeria in 1958, in the Pescaderia neighborhood. His family is associated with Almeria since many generations back and has an inherent musical tradition. His Grandfather Miguel Fernandez Cortes “El Tomate” was a well-known figure at private parties at the turn of the century and among the young aficionados of Almeria’s traditional musical evenings, at which he played duets with his brother Antonio.

His father, Jose Fernandez Castro, also “El Tomate”, was a guitar enthusiast at home and played the clarinet in the city’s Municipal Band. His brothers and thus Tomatito’s uncles, were Antonio, who played the bandurria as a youngster and later developed a career as a guitarist in France playing for artists such as Paco Isidro, and also Miguel “Nino Miguel”, who became a virtuoso classical guitarist in Huelva where he still lives.

Jose grew up in an environment closely linked toJosé grew up in an environment closely linked to music and especially, to flamenco. He learnt his first chords from his father and grandfather and showed strong musical talent and almost innate ability from an early age. Before long, at just 10 years old, his first break as an accompanist came about through Jose Sorroche of Almeria’s Pena El Taranto flamenco club. The concert, at which he was presented as “Pepin Fernandez”, had extensive coverage in the local press, as if destiny had bestowed a certain degree of notoriety for him right from the start of his public career. From then on, he maintained a close relationship with this Pena and was called on innumerable times to accompany many of the singers who appeared there.

In 1970 his father El Tomate took the family to live in Malaga, where he played in local orchestras. There he arranged for his son to work nightly at La Caneta's club in Marbella Later, he was to appear at the Taberna Gitana as a member of the resident cuadro flamenco. La Kika and Pepito Vargas danced there, among others, and Pedro Escalona played the guitar. Aside from accompanying the dance troupe Tomatito played solo, normally covers of songs by Paco de Lucia.

He also took lessons at that time with Pedro Blanco and Enrique Naranjo. These three years were a key period in his career since top artists whom he revered, such as Pansequito, Lebrijano, Paco de Lucia and even Camaron de la Isla, would hear him play for other well-known singers. He met Paco de Lucia at the marquee which the Taberna Gitana would mount at the Malaga Feria. Camaron, who was working at the time in the prestigious Torrebermejas club in Madrid, often spent time in Malaga.

One day when Tomatito was 15, Camaron de la Isla unexpectedly needed a guitarist to perform at a festival in Málaga. It was suggested that he call on the youngster at the Taberna Gitana who could play Paco de Lucia numbers well, to which Camarón agreed. This was the first encounter Tomatito would experience with Jose Monge Cruz, one which would lead to an 18-year professional relationship up to the singer’s tragic death in 1992.

Right at the start of his career in the 1980s he formed what was to become the most famous of flamenco duos with Camaron, and then, taking the path prepared for him by Paco de Lucia, performed with accompanists such as Antonio and Juan Carmona (Ketama), Antonio Canales and El Duquenque. He is now surrounded with gypsy artists in his groups who thus represent the more ethnic aspect of group flamenco as initiated by Paco. Tomatito can therefore be seen as the bridge between Paco and Camaron's generation and what the media have incorrectly labeled “Nuevo flamenco.”

Music in Spain today, encouraged by an active recording industry and lively music societies is a veritable melting post of all cultures. Without turning his back on his gypsy identity--indeed, more determined than ever to make his own voice heard in the multicultural mosaic of contemporary Spain and Andalusia--Tomatito is swinging open the doors of the temple to admit other forms of music, including, for instance, his collaborations with the Argentine guitarist Luis Salinas and the pianist Michel Camilo, at the same time giving expression to the lives of third and fourth generation gypsy artists, to their way of life and their feelings--people who feel and live life to the full!

Although Tomatito has clearly established his career as a solo guitarist and flamenco temple guardian, he remains very much a man, a gypsy of his time. 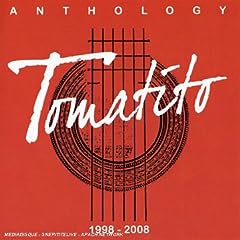 All About Jazz musician pages are maintained by musicians, publicists and trusted members like you. Interested? Tell us why you would like to improve the Tomatito musician page.