Dynamic...Energetic...Charismatic...Warm-hearted...These are just a few adjectives that have been used to describe saxophonist Tom Braxton, whose distinct, melodic sound has been thrilling audiences of all ages from coast to coast and abroad for nearly two decades. This versatile instrumentalist and gifted composer is a seasoned performer who has the amazing ability to “grab the heart-strings” of the audience within the first few minutes of his show; engage them with his exceptional skill, wit, and charm; and leave them astounded, clapping, and on their feet screaming for more! That's why Jazz Review calls Braxton “one of smooth jazz's most prolific saxophonists...with all the required tools to become a major force.” This native Texan has recorded eight albums including The Next Chapter (2014), Endless Highway (2009), and Imagine This (2007) on the Pacific Coast Jazz label and Bounce (2005) on the Rendezvous label. His latest release, The Next Chapter, features Grammy winners Bob James, Earl Klugh, and Ricky Lawson, as well as one of Smooth Jazz's most beloved guitarists, Peter White, who all lend their amazing talents to stellar duets with Tom's lyrical saxophone. His music can be heard on radio and television airwaves nationwide, and his albums have hit numerous jazz charts including Billboard, SmoothJazz.com, RadioWave, Groove Jazz Music, Capital Jazz Radio, and Amazon

. Tom toured extensively with Wayman Tisdale for 17 years, also serving as Musical Director. He has been a featured performer and fan favorite on the Smooth Jazz Cruise since 2005. He has also garnered rave reviews overseas, performing as a headliner on the first Smooth Jazz Europe Festival in the Netherlands and the Nile Gold Jazz Safari in Uganda. He was also a featured performer on the Java Jazz Festival in Jakarta, Indonesia. Braxton has toured with Earl Klugh in South Africa, Malawi, Mozambique, and Japan, and he has also toured with Keiko Matsui in Russia, Eastern Europe, Malaysia, and Japan. Braxton has shared the stage with many great artists including Dave Koz, Rick Braun, Peter White, Brian Culbertson, Marcus Miller, Candy Dulfer, Warren Hill, Bob James, George Duke, Kirk Whalum, Jonathan Butler, Jeff Golub, Norman Brown, Sheila E., Aretha Franklin, Luther Vandross, and Phillip Bailey. He has been featured in media and publications such as JAZZIZ, Smooth Jazz News, The Saxophone Journal, CBS's The Saturday Early Show, Ugandan Television, and Daystar Television Network. Show less

“A truly revered saxophonist...Tom Braxton is highly respected by both the world-class artists he performs with and the fans that watch him play! With a tone that is rich and distinctive, there’s no wonder why this star player commands attention. Tom’s highly anticipated 8th solo release, THE NEXT CHAPTER, is a feel-good, body movin’, soulfully positive collection of tunes...a guaranteed chart topper!” ~ SmoothJazz.com

“Tom is back with a new album, and it sounds just right...I get a feeling of joy and positive energy from listening to it. Highly recommended.” ~ SmoothJazz Europe

“One of smooth jazz's most prolific saxophonists...he has all the required tools to become a major force.” ~ JazzReview.com

“One of the most respected and loved sax men in Smooth Jazz...Tom Braxton is a treasure...incredibly talented composer, producer, and musician.” ~ SmoothJazz.com 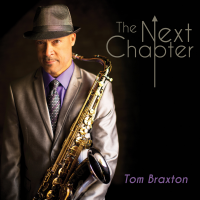 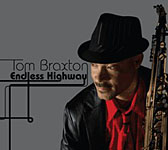 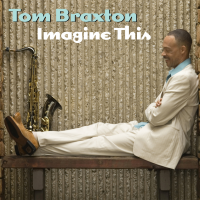 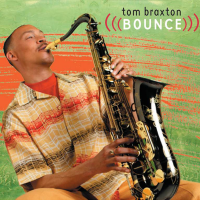 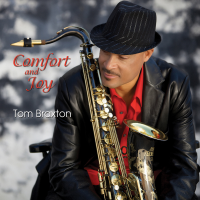 All About Jazz musician pages are maintained by musicians, publicists and trusted members like you. Interested? Tell us why you would like to improve the Tom Braxton musician page.