Winner of the 2013 Dankworth Prize for Jazz Composition, Tom Green is a trombonist, composer and arranger described as “a new rising star in the British jazz scene” by Nigel Williams (Jazz FM). In 2014 he was mentioned 3 times as Jazzwise “One to Watch”, and was the recipient of a Help Musicians UK Emerging Excellence award. He is a graduate of the Royal Academy of Music jazz course, and has performed at venues including Ronnie Scott's, the Vortex and 606 Club, as well as the Montreux, Toronto and Montreal Jazz Festivals. His current main project is the Tom Green Septet, who released their debut album “Skyline” in February 2015 to unanimous critical acclaim.

Tom has directed his own groups and big bands on national tours, including an 18-date Septet album launch tour across the UK, from Inverness in Scotland to St Ives in Cornwall. He has performed internationally at the Casa del Jazz in Rome, La Mortella on the island of Ischia in Italy, the Budapest Jazz Club, and Langnau Jazz Nights festival in Switzerland. In 2014 his quintet was invited to Tunisia by the Jazz Club of Tunis to teach for a week-long programme alongside musicians from the Vanguard Jazz Orchestra in New York, culminating in a performance for International Jazz Day 2014.

His wide range of musical experience also includes directing, writing, arranging and performing music with big bands, orchestras, chamber, salsa, soul, funk, jazz and progressive rock groups both locally and nationally, as well as tours with professional shows across Europe, on both trombone and keyboards.

In 2011 Tom was the first trombonist to be accepted onto the prestigious postgraduate jazz course at the Royal Academy of Music in London, where he studied under Mark Bassey, Gordon Campbell and Mark Nightingale. Whilst at the Academy he was also fortunate enough to work with musicians including Dave Douglas, Joe Locke, Stan Sulzmann, Django Bates, Nikki Iles, Martin Speake, Liam Noble, Barak Schmool, Pete Churchill, Stan Tracey and Troyka.

As a leader and sideman Tom has performed alongside musicians such as Iain Ballamy, Gareth Lockrane, Steve Waterman, Kit Downes, Issie Barratt and Mike Gibbs, and is a member of groups including the Misha Mullov-Abbado Quintet and Troyk-estra. Show less 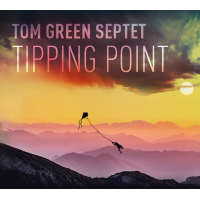 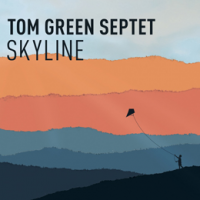 All About Jazz musician pages are maintained by musicians, publicists and trusted members like you. Interested? Tell us why you would like to improve the Tom Green musician page.