TOM HAMILTON has been composing and performing for over 40 years, and his work with electronic music originated in the late-60s era of analog synthesis. Hamilton often explores the interaction of many simultaneous layers of activity, prompting the use of “present-time listening” on the part of both performer and listener.

Hamilton appears on synthesizer in his own ensembles, and has performed as a member of Slybersonic Tromosome and the Noisy Meditation Band (Peter Zummo), The Spinozas (David Soldier), and Analogos (Michael Schumacher). He has recently performed with Thomas Buckner, Lisle Ellis, Bruce Eisenbeil, Chris Mann, Al Margolis, and Jacqueline Martelle. Hamilton was a 2005 Fellow of the Civitella Ranieri Center in Umbria, Italy. His CD London Fix received an award in the 2004 Prix Ars Electronica. He is a longtime member of composer Robert Ashley’s touring opera ensemble, and his audio production can be found in over 60 CD releases of new and experimental music.

“Shadow Machine,” the new CD by the Hamilton/Eisenbeil duo, has been released by Pogus Productions. More info at www.myspace.com/hamiltoneisenbeil 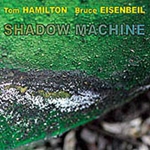 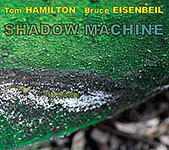 All About Jazz musician pages are maintained by musicians, publicists and trusted members like you. Interested? Tell us why you would like to improve the Tom Hamilton musician page.