Trumpeter, pianist, arranger and composer Tommy Stewart was born on November 19th, 1939. His mother, a songwriter, vocalist and choir conductor, set him on a musical path and at the age of 10 he was in his High School marching band. He was even voted “most musical” by classmates at graduation time. Stewart taught music as a band director while performing and arranging outside of class. In 1964 he played with Fred Wesley and members of the 55th Army band. He wrote and composed for TV and played with Blue Note recording artist Duke Pearson.

Tommy Stewart is best described as a quintessential musician. This description is evidenced by his impressive musical career, which has spanned over 40 years. As a teenager, Stewart studied with the legendary “Fess” Whately. Later, he attended Alabama State University, where he served as the leader of the well-known Alabama State Collegians. Stewart also attended Alabama A & M University and the Eastman School of Music.

Tommy Stewart is the co-founder of the African-American Philharmonic Orchestra and was inducted as a member of the Alabama Jazz Hall of Fame in 1988. He has recorded many times as a band leader, including his latest, Tommy Stewart and His Orchestra, on Jazzology Records.

In 1973 he arranged and composed a musical score called “The Burning of Atlanta” for Buddha Records, another Stewart collectible LP. This roughly marked the beginning of a busy period during which he would work as an arranger, producer, performer or writer for the likes of Clarence Carter, Candy Staton, Johnny Taylor, Major Lance, Eddie Kendricks, Luther Ingram, Millie Jackson, Flip Wilson, Roy Gaines, Tamiko Jones and many others.

However, it is the self-titled 1976 album, “TOMMY STEWART,” that most people associate him with, mostly because of the song “Bump And Hustle Music.”

“It was a last minute song, recorded on the spot,” laughs Stewart. “It was the one we expected would do least well.” He adds.

The band was packing up their instruments after the album recording session. “We had a drink or two, kidded around for a while and then I came up with the bass line,” he remembers humming the instantly catchy 3 or 4 notes.

“Everyone kicked in ideas and we laid down the instrumental version based on my arrangement. I then took the instrumental to Ardent Studios in Memphis and recorded the vocals with Hot Buttered Soul.”

The LP has a peach on the cover. Not because it is Stewarts favorite fruit. In fact it was purely a marketing gimmick that was intended to help album sales through the popular Peaches music chain. Unfortunately the label wasn’t able to capitalize on the gimmick and the album didn’t achieve instant notoriety.

“I didn’t really hear any buzz on it until the 1980s. DJs in the UK had picked-up on it, I saw a review in their Blues and Soul magazine, I guess “Bump and Hustle Music” was quite a hit over there,” says Stewart. “Then when the 1990s rolled around I was able to use the Internet and find out that it was getting lots of plays all around the world!”

This is the first full-length LP and CD re-issue for Tommy Stewart's self-titled tough-to-find album. It’s a legend amongst collectors and DJs for the party anthem “Bump And Hustle Music.” That tune appears on many play lists because it is on so many bootlegs and compilations. Featuring a killer vocal hook by Hot Buttered Soul (Isaac Hayes' backing singers) it’s a little known fact that this track almost did not appear on the original record. It was only an afterthought put to tape last minute when the band thought they were a track short.

Recording began in Atlanta, Georgia at Sound Pit Recording Studios, and was finished in Memphis, Tennessee in 1976. This was the latter end of the rare groove era, which is reflected in the combination of funk with early disco style production. In fact, Stewart is often labeled as the innovator of disco-funk because of this album and his production on releases like Southside Connection and Sil Austin. In addition to “Bump and Hustle Music” tracks like “Riding High” and “The Fulton County Line” qualify the album as a classic and one that sits pretty next to the likes of releases by The Headhunters, Roy Ayers, and the Mighty Ryeders.

In the meantime Stewart had kept himself busy working with Loleatta Holloway, Salsoul Records diva, and John Edwards, a vocalist for the Spinners who had releases out on Ace Records.

Now Stewart stays busy playing jazz trumpet and is helping develop r&b acts. His regular live gigs are as the Tommy Stewart Orchestra and with Cleve Eaton and Friends. He was inducted into the Alabama Jazz Hall of Fame in 1988. Tommy is currently a member of the jazz faculty at the Alabama Jazz Hall of Fame (AJHoF), working with AJHoF Director of Student Jazz Programs, Ray Reach. (See link to the right about the AJHoF Jazz Faculty.)

“I never expected this album or that song to become an anthem,” admits Stewart. “But I do hear the connection with dance music produced today. The main difference is new music is mostly made electronically. On Bump and Hustle Music we did it live, those are live strings and horns recorded on the spot. Show less 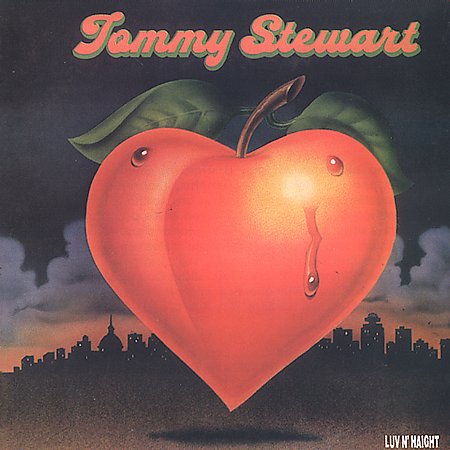 All About Jazz musician pages are maintained by musicians, publicists and trusted members like you. Interested? Tell us why you would like to improve the Tommy Stewart musician page.