Tom Weeks is a composer, improviser, and saxophonist from Oakland, CA. He has received a Bachelor's degree in Jazz Composition from Berklee College of Music, Boston, MA, and a Master's degree in Composition from Mills College, Oakland, CA. He has studied with Roscoe Mitchell, Fred Frith, Zeena Parkins, Pauline Oliveros, Chris Brown, W.A. Mathieu, Steve Adams, Richard Evans, and Phil Wilson, among others. His music is influenced by various African-American musical traditions, the historical avant-garde, and the heavy metal and hardcore traditions; utilizing improvisation, extended techniques, and traditional and experimental notational practices. He has worked with musicians such as Alvin Curran, Makoto Kawabata, Ricardo Descalzo, The MolOt Ensemble, Jack Wright, Nick Millevoi, Hans Koch, Walter Thompson, Vinny Golia, William Winant, G. Calvin Weston, members of the ROVA saxophone quartet, and Henry Kaiser, among many others. In addition to leading the bands Ero Guro and BEER, as well as performing with the ensemble TONED, his frequent collaborators include Camille Emaille, Nathan Corder, gabby fluke-mogul, and Kevin Murray. 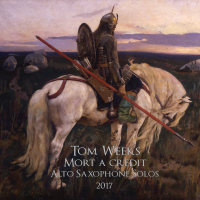 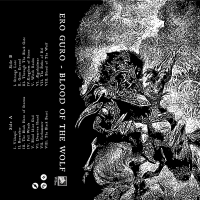 Blood of The Wolf 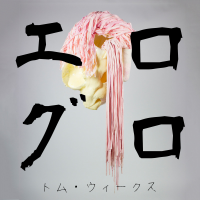 All About Jazz musician pages are maintained by musicians, publicists and trusted members like you. Interested? Tell us why you would like to improve the Tom Weeks musician page.