Tom White double-majored at the University of Rhode Island in B.S. Biological Sciences and B.A. Jazz Studies. He has been playing the piano since the age of four.

Tom studied with several teachers during his childhood before studying for five years with grammy-nominated pianist Joseph Parillo at URI. He has also begun studies with Paul Nagel.

During recent years Tom has amassed a growing body of original instrumental music. During the summer of 2010 eight of his earlier tunes were recorded as Tom's debut effort titled “Portrait of a Blue Man”. The album is beginning to see airplay on NPR-member radio stations as well as college radio broadcasts.

Tom White performs regularly with guitarist Alex Curnow, bassist Kyle Barboza, and drummer Paul DiMartino in The Wayout, a quartet focused on bringing adventurous original music to their audiences. The quartet is a recurring fixture in the Providence music scene at Sidebar Bistro, recognized in February 2012's DownBeat magazine as one of the best places in the U.S. to see live jazz.


”There is little more exciting than putting on an album and finding as much drive and passion on it as on Tom White's 'Portrait of a Blue Man'... intelligence, tight musicianship, and an ear for good bandmates... a bit of Pat Metheny's inquisitiveness creeps into these fresh compositions... very welcome and recommended.” 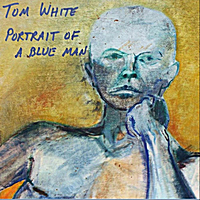 Portrait of a Blue Man

All About Jazz musician pages are maintained by musicians, publicists and trusted members like you. Interested? Tell us why you would like to improve the Tom White musician page.