Drummer Tony Deangelis was born in Reading, PA, in 1969. By age six he was playing the drums, and by age nine he was in his first working trio. He then attended the prestigious Berklee College of Music in Boston, MA, on scholarship. There he met and played with today’s top players on the jazz scene including Kurt Rosenwinkel, Larry Grenadier, Geoff Keezer, and Roy Hargrove. After graduating from Berklee in 1990, Tony moved to Philadelphia. There he formed several groups and performed throughout the Northeastern United States.

Once you have experienced Tony’s playing, it is immediately apparent who has influenced his style of drumming. Tony incorporates the rolling triplets of Elvin Jones, the space used by Jon Christensen, and the hard-driving time of Tony Williams and Jack DeJohnette. Because of his distinctive sound, stage presence, and ability to adapt to any situation, Tony is held in high regard by his musical peers.

Bassists Matthew Parrish, Charles Fambrough (Art Blakey, McCoy Tyner,) and Tony Marino, trumpeter John Swana, legendary trombonist Al Grey, saxophonists Ralph Bowen, Ralph Lalama, and Gerry Niewood, and pianist Jim Ridl are just some of the high-caliber musicians Tony plays with regularly. While working with these influential artists, he has learned from the musicians that have helped shape the jazz we hear today.

Tony can be seen performing in clubs, at festivals (i.e. Berks Jazz Festival and Central Pennsylvania Friends of Jazz Festival) and on CDs by regional artists. He has performed clinics and judged high school jazz festivals as well as recorded jingles for NFL Films and soundtracks for HBO Films. Show less 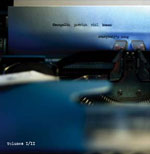 All About Jazz musician pages are maintained by musicians, publicists and trusted members like you. Interested? Tell us why you would like to improve the Tony Deangelis musician page.