Tony Succar was born in Lima, Peru. He arrived to Miami, FL at the age of two. He was fortunate enough to be born into an array of musical talent. He embarked in his life as a musician when he was thirteen. “I was privileged to have been born into a family of musicians, I couldn’t be more grateful”, he explained. Succar was inspired to begin his musical education on the piano and then moved on to percussion. Tony received his Bachelor of Arts degree in Jazz Performance from Florida International University in 2008 and his Master’s degree in 2010.

Growing up in Miami, a multi-cultural “Melting Pot”, has shaped him in many ways to become a versatile musician. Being exposed to so many diverse styles of music has blessed him to make the most of his talent. He has had the honor to share concert, festival, and nightclub stages with Arturo Sandoval, Néstor Torres, Tania Libertad, Richie Zellon, Mike Orta, Gilberto Santa Rosa, Victor Manuelle, Oscar de Leon, Tito Nieves, and Tito Rojas (among others).

Tony Succar plays a number of roles, as a musician, producer, composer, and arranger. Whether it’s in a timbales solo, an orchestration, or an explosive groove, Succar’s sound is clearly exclusive to any ear that has learned it. His compositions emphasize the combination of syncopation, harmonic curiosity, rhythmic uniformity, and tasteful melodies. He finds a mean for both the interests of a musician and/or dancer. Tony has always had the ability to entertain while keeping music complexity at a high level.

His hit songs have been broadcasted on radio stations all over the world. Tony’s song, “No Te Confundas”, took the first place spot in the show “Salsa y Punto” for three weeks in a row. “I tell you people, you are going to hear a lot about Tony Succar... and you will hear from him with golden letters. This production has stunned and it is something to talk about”, exclaimed Ricardo Sánchez, the host of the radio.

For the past three years, he has been performing with his project “Mixtura” on a weekly basis. Tony Succar y Mixtura are constantly performing at world-known venues in Florida such as the Van Dyke Café, Yuca Lounge, Grand Central, Blue Martini... just to mention a few. We can’t fail to mention his extraordinary performances in concerts, events, and festivals like the Calle Ocho Festival, Monteli Salsa Cruise (with Tito Nieves and Tito Rojas), and Carnaval On The Mile. He’s been creating a huge buzz and following, not only in South Florida, but in South America and Europe as well (appeared on the #1 Italian salsa website www.salsa.it).

Tony is a talented young artist dedicated to the art of music. But in addition to his professional goals, he highlights the importance of living life and making a difference. He strives and hopes to leave a legacy that will become a blessing for other people to value. Succar believes that “life is a privilege and you have to let God guide you towards the right path in order to find true happiness.” He added “you cannot be worrying about money and materialistic things because it draws your heart away from your true significance.” It is this simplistic attitude and humble perspective that has taken Tony and will continue to take him to great depths. Show less 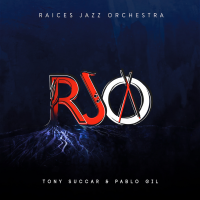 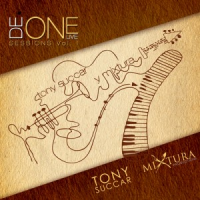 All About Jazz musician pages are maintained by musicians, publicists and trusted members like you. Interested? Tell us why you would like to improve the Tony Succar musician page.