Tony has produced 5 CD’s since establishing jazz record label ‘Tonymanmusic’ in 1999. Forever Charmed, a CD of originals, has been aired frequently on NPR. Original music from Tony’s last CD ( iKnow ) was placed on Fox Network’s popular TV show ‘Fringe’. Thompson’s soulful jazz piano solo arrangements of American popular song and R&B become artfully galvanized by drums and bass in The Tony Thompson Trio. In addition he works as a sideman for jazz titans such as New York trumpeter, Cindy Bradley. Some of his numerous venues include the North Carolina Wine and Jazz Festival, Hartford Jazz Festival, the SC Jazz Festival, and the Fayetteville University Jazz Concert Series. Tony and his Trio can be found regularly at C Grace Jazz Club and The Empress Room in Raleigh, NC where he is often joined by percussionist, Debbie Naves. Tony and Debbie frequently collaborate at events as a duo featuring a Frank Sinatra Centennial Tribute, Jazz standards, original compositions and soulful music.

Tony Thompson piano Raleigh
NPR MORNING EDITION GEORGE OLSON - 'I kind of thought of Miles Davis 'Kind of Blue', just in the fact that the music I was listening to, set this scene and this very definite mood... congratulatioins on an excellent final product.

THE INDEPENDENT 'For those who think you have to go to New York to hear great jazz, North Carolina continues to provide ample evidence to the contrary'

CARY NEWS 'The music itself has a shine to it. Thompson's a jazzman influenced by Quincy Jones, Miles Davis, and Wayne Shorter but he's not a purist.'

Private piano teacher of classical and jazz piano with a unique approach to ear training based on the methods used by professional jazz musicians. By appointment at your residence. 919 816 7798 Member Piano Technicians Guild, member of the Music Teachers National Association and the AGO American Guild of Organists. 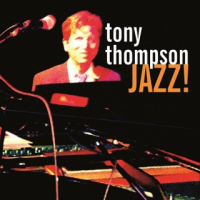 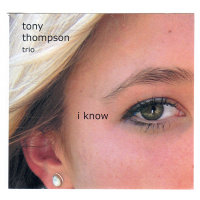 The Way You Look Tonight

All About Jazz musician pages are maintained by musicians, publicists and trusted members like you. Interested? Tell us why you would like to improve the Tony Thompson musician page.