Initially playing in colleges, Toquinho's professional career took off in the 1960s at shows promoted by radio personality Walter Silva at the famous Paramount theater in São Paulo. He composed his first recorded song with Chico Buarque entitled “Lua Cheia” (Full Moon). His first big hit was composed in 1970 with Jorge Benjor, “Que Maravilha” (What a Wonder).

That same year he was invited by Vinicius de Moraes, co-writer of the worldwide hit song “Garota de Ipanema” (The Girl from Ipanema), to participate in a series of shows in Buenos Aires, forming a solid partnership that would continue for 11 years and produce 120 songs, 25 records and over a thousand shows. After the death of Vinicius de Moraes in 1980, Toquinho went on to pursue a solo career, often performing with other talented musicians like Paulinho da Viola, Danilo Caymmi, Paulinho Nogueira and Chico Buarque.

Throughout his career, Toquinho always composed for children, and has five albums for children, including Arca de Noé (1980), with Vinicius de Moraes, and Casa de brinquedos (1983). Toquinho continues to record albums and play his music around the world. He is still very acclaimed in Brazil and Italy. 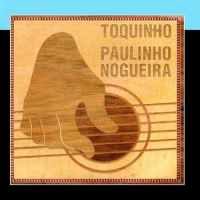 All About Jazz musician pages are maintained by musicians, publicists and trusted members like you. Interested? Tell us why you would like to improve the Toquinho musician page.