Tosh Sheridan is a guitarist and composer working and living in New York since 1998. Tosh earned his Bachelors of Arts degree in Jazz Composition from Berklee College of Music in 1998. In 2004, he went on to earn his Masters in Jazz Performance from City College of New York. While at City College, Tosh studied with the world-renowned solo jazz guitarist Gene Bertoncini. Tosh has been performing throughout the tri-sate area since the age of 16 when he first started playing guitar. Tosh has had a great deal of experience teaching private lessons, classes and ensembles. (National Guitar Workshop, Borough of Manhattan Community College, City College and Trevor Day School.) Tosh has composed music for dance productions and short movies. His latest score is featured in Coleman Hough’s (writer of Stephen Soderbergh’s feature film Full Frontal and Bouble) short movie The Tale of Two. Tosh has had the pleasure of sharing the stage with many great artisits including, Gene Bertoncini, John Stowell, Paul Meyers, Robin Mckelle, and Norah Jones.

Tosh Sheridan guitar
“Tosh captures the complete orchestral qualities of the nylon string guitar with his wonderfully creative, and fresh arrangements. His jazz playing, both harmonically and linearly, swings, comes from the heart and leaves the listener totally satisfied.” --Gene Bertoncini

”With his debut CD, Tosh Sheridan has joined the ranks of guitarists who can play jazz with authority on the nylon string. Tosh has a great sound and knows how to swing. His empathy and ability to listen and respond also make him an ideal duo partner. It was a pleasure to play with him, and I look forward to many more musical encounters in the future.” --John Stowell 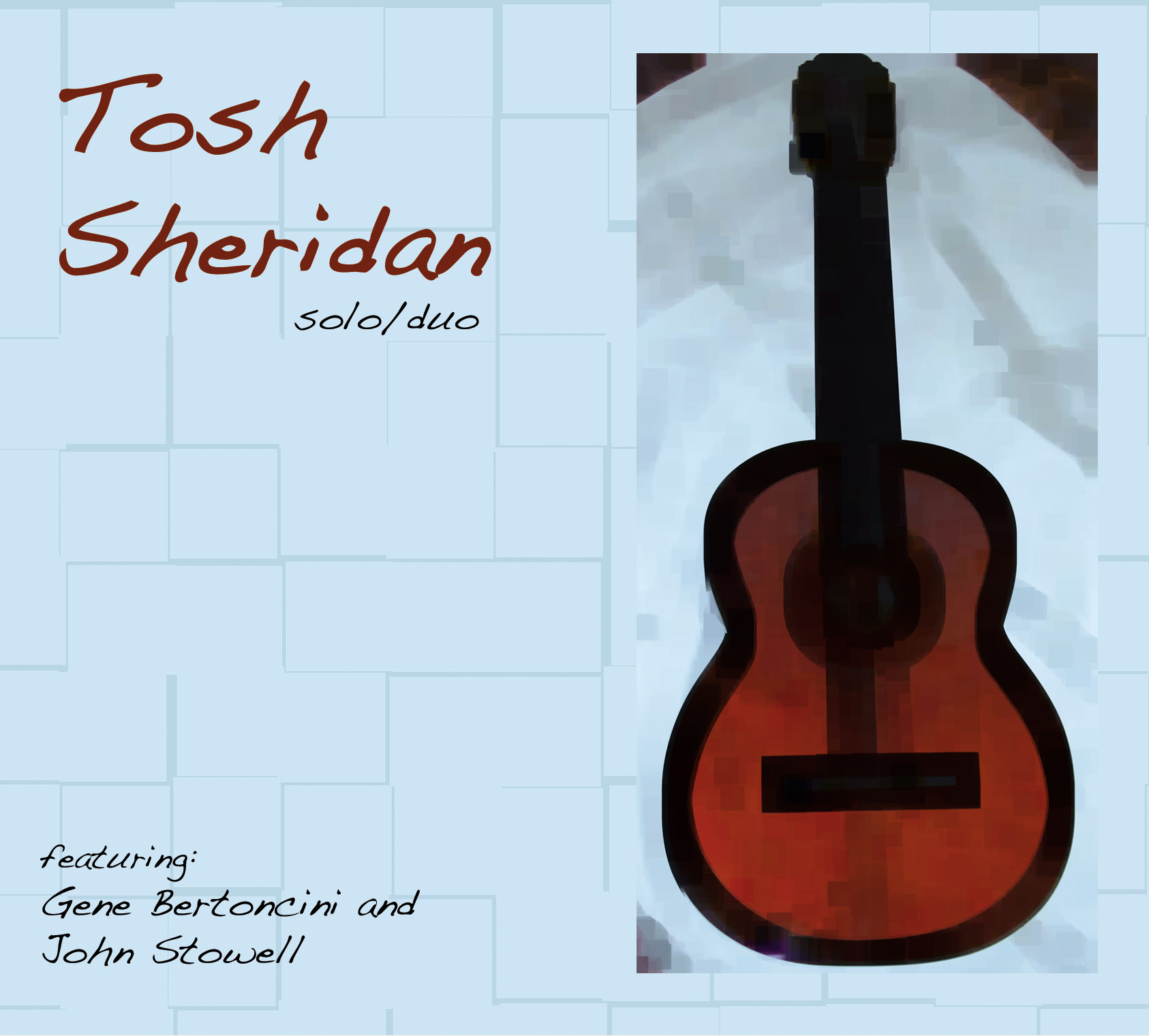 All About Jazz musician pages are maintained by musicians, publicists and trusted members like you. Interested? Tell us why you would like to improve the Tosh Sheridan musician page.