Trey Henry can't make up his mind. His resume presents itself as a variety pack of musical styles and influences. He's played with some of the finest large ensembles in the world, including the Los Angeles Philharmonic, The Hollywood Bowl Orchestra, Bill Holman, The Bob Florence Limited Edition, and The Gerald Wilson Orchestra. He's appeared on many Live TV shows including The Academy Awards, The Emmy Awards, American Idol and Dancing With The Stars. The list of artists that he has performed and recorded with, however, is the best indication of an ever changing and wide ranging musical journey. From Henry Mancini to Johnny Cash, Linda Ronstadt to Quincy Jones, Ray Charles to Maynard Ferguson and Natalie Cole to Michel Legrand, Trey has had ample opportunity to travel the musical globe. He appears on nearly 200 CDs, countless jingles and dozens of TV shows and motion pictures.

Trey first played with Christian Jacob and Ray Brinker while touring with Maynard Ferguson, and immediately felt the chemistry. Over the years they have been brought together more and more often, becoming one of the most respected trios in the Los Angeles area.

In 1999 Trey began to tour and record with two of Brazil's greatest jazz artists, Flora Purim and Airto Moreira. He recorded two CDs with them. Perpetual Emotion in 2001 and Speak No Evil in 2003.

While performing with Jack Sheldon (with Jacob and Brinker) vocalist Tierney Sutton sat in with the band. It was like a great new flavor had been added to the mix, and after the gig Trey, Ray, Christian and Tierney hung around outside the club talking about when they could all get back together.

Calling the group the Tierney Sutton Band they went on to record 8 CDs, six of which for Telarc Records.Their latest recording American Road was released on BFM Jazz. His work with the band resulted in five Grammy nominations.

In 2004 the independent label WilderJazz was created. The first recording, “Styne & Mine”, was Christian Jacob's tribute to the music of Jule Styne and he had to have Trey and Ray play on it. Listed as The Christian Jacob Trio, and featuring Tierney Sutton on two of the tracks, Trey Henry once again found himself in an inventive situation.

With a love for music and for family, Trey manages to have it all. Performing with the bands he feels the most creative in, and spending time with his wife and two children. Show less

Ever Since The World...

The Moon is a Kite 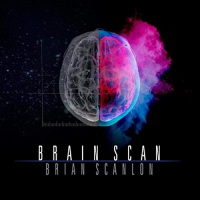 The Moon is a Kite

From: The Moon is a Kite
By Trey Henry

From: Revelation
By Trey Henry

From: Pastimes (From Times Past)
By Trey Henry

From: Ever Since The World Ended
By Trey Henry

From: Variations Of Relevance
By Trey Henry
Last Updated: May 24, 2021

All About Jazz musician pages are maintained by musicians, publicists and trusted members like you. Interested? Tell us why you would like to improve the Trey Henry musician page.