TRi/O is a collaborative groove-based contemporary jazz & funk outing from three like-minded New York musicians: Steve Shapiro on vibraphone and mallet keyboards, virtuoso 5-string bassist Dave Anderson, and drummer Tyger MacNeal. A unique concept and original repertoire sets the group apart in the genres of jazz, percussion, and electronic music - especially through experimentation with customized live-loops and the electronic mallet controller, allowing the band to explore progressive new territory. Dynamic interaction and improvisation is the heart of everything on Try The Veal, which was recorded in late 2019 and early 2020. With future sessions cut short by the pandemic, the resulting album yielded a number of first-takes, full of spontaneous energy. It documents the power of groove, communication, and interaction from three musicians having a blast creating their own joyful musical story.

More About The Artists:

Steve Shapiro brings decades of experience as a NYC studio vibist, composer, and synth programmer. He has recorded or performed with some of the biggest stars in jazz and pop, including Steely Dan, Ornette Coleman, Phil Collins, SpyroGyra, Whitney Houston, They Might Be Giants, and many others. Shapiro is also an accomplished producer and arranger whose work has appeared in hundreds of projects for television, film, and Disney. Steve has been a pioneer using audio and midi technology with the vibraphone since the 1980s, and has developed a unique voice inspired by contemporary electric keyboards. TRi/O provides the perfect setting for Steve to find new and unusual possibilities for the electronic mallet controller.

Tyger MacNeal spent three years touring and recording with The Average White Band before joining with seven-time Grammy award winning guitar legend Jose Feliciano for over two decades. He has also performed with such notables as The Four Tops, Rosemary Clooney, The Fifth Dimension, Billy Eckstein, The Shirelles, and Little Anthony, to name a few, and has many credits on Broadway. Show less 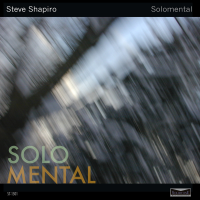 From: Try the Veal
By TRi/O

All About Jazz musician pages are maintained by musicians, publicists and trusted members like you. Interested? Tell us why you would like to improve the TRi/O musician page.