Based upon a jam session in 2007, influenced by all currents of modern music, avant-garde and jazz, the trio consisting of Jan Roth, Keisuke Matsuno and Alexander Binder plays innovative instrumental music which, in spite of the progressive fragments, tend to non-conformism. Technically whole, evenly played songs that tell compelling stories without words. Tracks that have found their own language, music that sounds like flying. The current self-titled album and the concerts are marked by an incredible wealth of facets. Elegiac compositions played in unison alternate with free-floating improvisation parts. Elegantly played melody lines are confronted by sudden rhythmic patterns.

In spite of the classic jazz trio style with bass, guitar and drums there is music created outside the classic jazz structures. There are so many sound scapes, the drums occasionally play melodies, the guitar is sometimes only an abstraction, acting as a sound surface and sometimes as metronome. Often, the bass guitar abandons its original role, plays melody snippets, sings. This is no longer jazz, this is pop music without pop, this is progressive rock without rock, this is film music without film. It is timeless music that takes time. 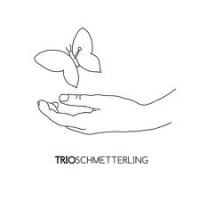 All About Jazz musician pages are maintained by musicians, publicists and trusted members like you. Interested? Tell us why you would like to improve the trio.Schmetterling musician page.