In 2007 Tyler entered the Jazz Studies program at Michigan State University, directed by Rodney Whitaker, former bassist of the Jazz at Lincoln Center Orchestra. The program provided him the opportunity to study with world-class musicians and perform with jazz greats, including Mulgrew Miller, Dee Dee Bridgewater, Wycliffe Gordon, Jon Faddis, and Jimmy Heath.

While completing his degree, Tyler took every opportunity to perform with both university and independent jazz ensembles. He performed with MSU Jazz Orchestra I at the Detroit International Jazz Festival in 2008, 2009, and 2010. In 2008, he joined the Jon Beshay Sextet and performed with them at the historic Baker's Keyboard Lounge in Detroit. While Tyler played trombone for the sextet, he also began composing and arranging for the group. In 2010, the sextet won the Downbeat Student Music Award for Outstanding Jazz Group. From there, Tyler organized, lead, and composed for his own group, the drummer-less jazz quartet Orange Nature. Orange Nature played at various Michigan music venues and appeared on several radio programs, including WGVU's Jazz Night at Z's Grille. Tyler recorded his first album with Orange Nature in April of 2010.

Upon graduating in 2011, Tyler shifted his focus from performance to composition. Since then, he has written several film scores and classical compositions, while continuing to receive recognition for his jazz endeavors

. Most recently, his jazz saxophone quartet TVSQ performed in the 2012 Lansing Jazz Fest. In addition, his original composition for jazz quintet won the theme song contest for the Bright Side television program produced by the Community Economic Development Association of Michigan (CEDAM) in December of 2011. Tyler continues to be interested in the intersection of jazz and classical music. He utilizes his eclectic musical background to create dramatic, creative, and accessible compositions. Show less

“As far as sax quartets go, this one creates an astoundingly textured palette. Way more attention to the harmonic elements than the interplay of honks and skronks. Some very pretty moments, and some thrilling ones, too, like the transition between herky-jerky march and soft cooing on “Syeeda’s Song Flute,” and the switch from low moan to bright trills and cries on “After the Trane.” Young group out of Lansing, Michigan, and a promising start to their careers.” 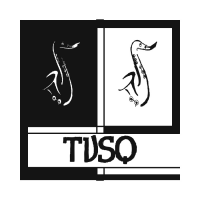 All About Jazz musician pages are maintained by musicians, publicists and trusted members like you. Interested? Tell us why you would like to improve the Tyler Vander Maas musician page.