Home » Musicians » Under The Lake

”Effervescent, vivacious and all-together engaging” is how smoothjazz.com describes Under The Lake's music, an original sound that Don Dilorio of the North Jersey Herald and News says “doesn't sit easy in any category, thanks to its heavy doses of funkified bass and occasional soul references.”

Keyboard player Jayson Tipp founded Under The Lake nearly 30 years ago. Over the past three decades Under The Lake has garnered many notable accomplishments across their first 4 releases: Dive In (1993), Up For Air (1996), People Together (2007) and Jazz, Groove & Attitude (2018). The band’s credits include live performances with a “who's who” list of jazz artists such as Joe Sample, Billy Cobham, Keiko Matsui, Stanley Jordan, and others with appearances at venues such as the PDX Jazz Festival, Cathedral Park Jazz Festival, Maui Music Festival, Newport Beach Jazz Festival, KIFM Smooth Jazz Festival and the House of Blues.

Under The Lake have received immense critical praise in local, regional, national, and international publications including JazzTimes, Jazziz, France's Jazz Hot, Canada's Exclaim, Germany's Cascade, as well as The New York Daily News, UTNE Reader, and The Music Paper. UTL received a four star rating for UTL's 1996 release “Up For Air” from the All Music Guide and a Top 50 charting release “People Together” (2007).

Tipp grew up taking lessons on guitar and organ and playing trumpet and trombone in school bands and later migrated to keyboards playing rock and fusion. From his college days in St. Louis, Tipp has been an active live performer and composer. Under The Lake started performing in 1992 in San Diego, founded by Tipp as an outlet to perform his original compositions. Tipp’s early influences, ranging from Bob James, Pat Metheny, Chick Corea, Jeff Lorber and The Crusaders to Steely Dan and Traffic, resulted in an eclectic contemporary mix Tipp called “rough jazz.” Radio airplay and strong reviews of the group’s first release “Dive In” (1993) and subsequent release “Up For Air” (1995) led to a string of appearances at venues such as House of Blues, Newport Beach Jazz Festival and Maui Music Festival with artists such as Stanley Jordan, Keiko Matsui, and Joe Sample.

After that second release, Tipp struggled to keep the band going and raise a family. The group was on track to record another album in 1998 and then several members of the group (including Tipp) had life events that sent them in different directions. Tipp pursued an engrossing career outside of music. The group came back together in 2005 to celebrate Tipp’s 40th birthday, which was the impetus to record their third album, “People Together” (2007), and the inspiration for that album name. But the group didn’t maintain the momentum of that release and life took over again.

After some personnel changes and years passed, Under The Lake released their 2018 project “Jazz, Groove & Attitude” with strong influences from 1970’s and references to contemporary jazz groups like The Crusaders. The release re-established the band on radio and now streaming services with a strong listener response to the album’s single “George Is His Name.” Ronald Jackson (The Smooth Jazz Ride) described the album: “Marrying jazz and funk in that dancing, jubilant manner often associated with the hard-driving, bottom-heavy persona of that musical hybrid. At its base are the class and sophistication of traditional jazz, the sassiness of that grit we know as funk, and the tender seasoning of good ol’ soul music – all cast in a hue that is undeniably hot and smooth all at once.”

​Under The Lake's 5th album “Your Horizon Too” released in April 2020 marked a reunion of sorts bringing back together Tipp with former bandmates Nathan Brown (Coco Montoya, Kirk Whalum, Bob James, Alexander Zonjic) on bass, drummer Richard Sellers (Hubert Laws, Clare Fischer, Kamau Kenyatta, Holly Hoffman) and saxophonist Quintin Gerard W (Jeff Lorber, Gino Vanelli). This core group, who performed and recorded together through the 90’s and 2000’s, added veteran smooth jazz guitarist Patrick Yandall this time around. The new album contains a collection of 10 original tunes along with covers of The Stylistics’ “People Make The World Go Round” and Steely Dan's “Josie.”

In 2018, Quintin was working on a new album (released as “Cleared For Take-off”) and asked Tipp to play on a song called “Horizon.” Tipp was inspired so much by the song that he wrote another tune based on the same idea and, in turn, invited Quintin to collaborate. That song, “It’s Your Horizon Too”, inspired the title of the new album and served as a catalyst for Tipp to invite his former bandmates to go back into the studio together to record again. Luckily, busy touring schedules aligned and after a couple days in a San Diego studio and additional recording in individual home studios, 10 original and 2 cover tracks came together. Show less

Reunited after nearly a decade - Under The Lake to perform again

“...the next best thing since Spyro Gyra.” – RivetingRiffs.com

Creative Energies (1996) by Jonathan Widran – All Music Guide (www.allmusic.com) - “The genre needs all the new creative energies it can muster from ensembles like Under the Lake, which balances its smooth pop ideas with rougher edges bordering on rough fusion.”

The Groove's the Thing – Improvijazzation Nation - “This is a FINE example of the creativity and high-energy playing that today's jazz can be.”

“...the next best thing since Spyro Gyra.” – RivetingRiffs.com

Creative Energies (1996) by Jonathan Widran – All Music Guide (www.allmusic.com) - “The genre needs all the new creative energies it can muster from ensembles like Under the Lake, which balances its smooth pop ideas with rougher edges bordering on rough fusion.”

The Groove's the Thing – Improvijazzation Nation - “This is a FINE example of the creativity and high-energy playing that today's jazz can be.”

Solid Contemporary Jazz with a bit of Groove and Attitude – Cedar Rapids Gazette (Dick Hogan) - “The snazzy quintet puts out very listenable contemporary jazz with the CD's 13 original tunes. For comparison's sake, the band's sound can be likened to The Crusaders, Larry Carlton, Bob James, and David Sanborn (when he cuts away from the formula stuff he often records).”

Fresh and Talented – Cjazz.com - “A fresh and talented group of musicians delivering catchy, upbeat and sultry sounds. A breath of fresh air on the Contemporary Scene.” 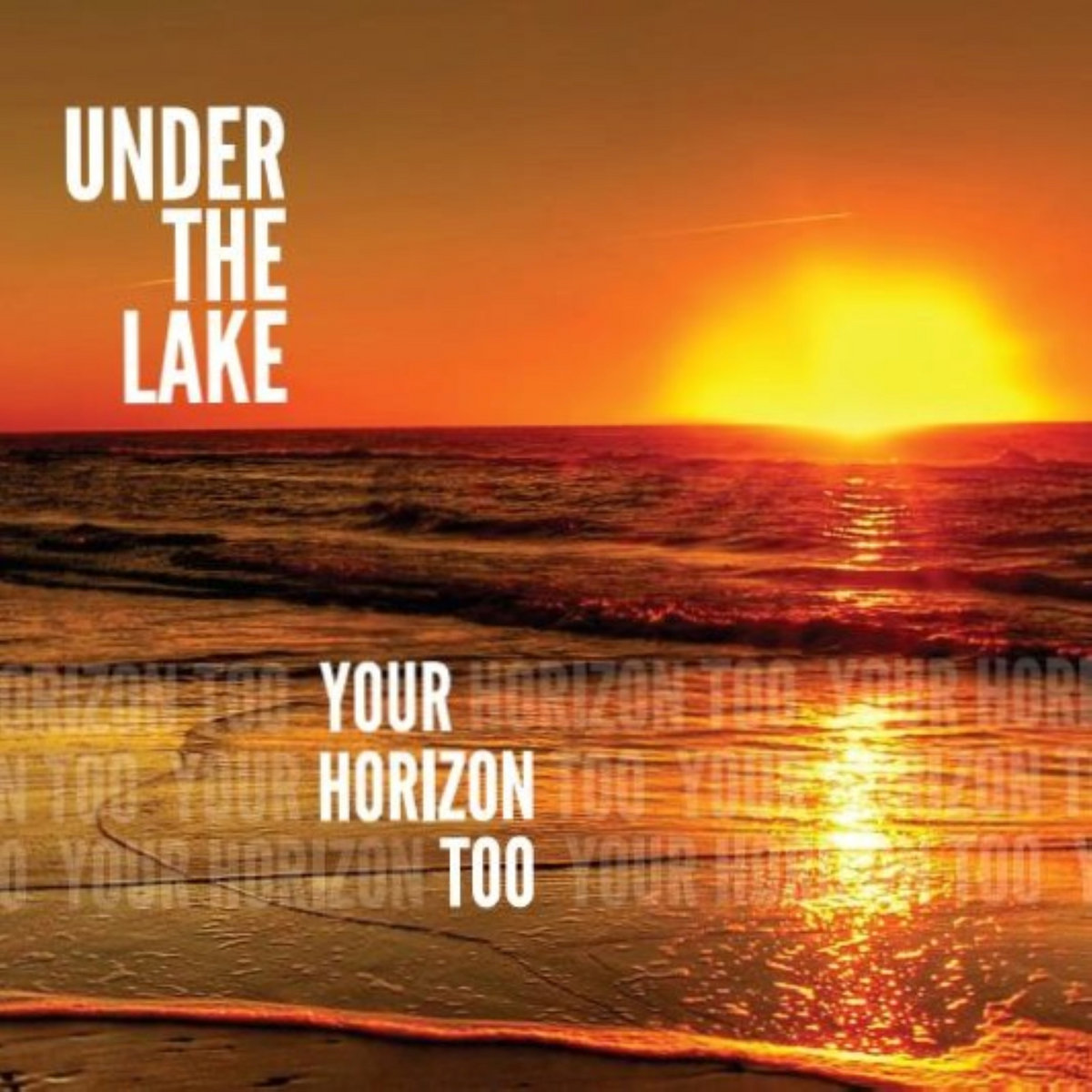 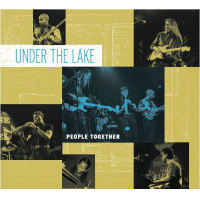 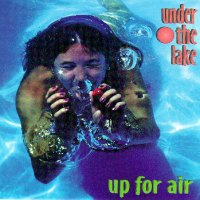 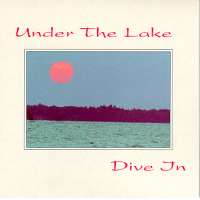 Help improve the Under The Lake page

All About Jazz musician pages are maintained by musicians, publicists and trusted members like you. Interested? Tell us why you would like to improve the Under The Lake musician page.