”Sometimes you have to play a long time to be able to play like yourself” miles davis!!

Uwe Felchle Project is a solo project with selfmade compositions and productions! Most of the instruments and voices you hear are played and sung by Uwe.He had his first gig at the age of six, from this day on, he was addicted to music.Mr. Felchle had played for many acts , bands and producers like: DJ Tomekk, Frank Fahrian, Felix Gauder, Juan Marcello, Hayo Well...Curt Cress, Truth Hurts,Sentino,,Jonny Davis, David Hanselmann, Flo Dauner,Juelz Santana,Lumideee,Mario Wynans,Beenieman,Tuklan,MFÖ...Bobby Kimball, Ünkürrekt, Sven Stichter, Coup de Bam, Bodo Schopf, Oliver Rubow, Flo Dauner, Lilo Scrimali,Adam Holzman, Dean Brown, Phunkyman Eaton, Rainer Scheithauer, Hubert Tubbs... just to name a few. He also had the honour to be support act for: Cher, Bee Gees, Beach Boys, Toto, Scorpions, Pur, FantastischenVier, Jonny Guitar Watson, Milli Vanilli, PurpleSchultz, Asia, Roachford, Gloria Estefan, Kid Creole,.... My first solo cd is ready GREEN FUNK-watch out!!surprising guest- musicians playing and singing on it!!!Besides being a live and studio musician,Uwe is very engaged in the theater, film, dance and music group DASKUNST which he and Asli Kislal founded in 2004 and where he is the “musical director”. He is also working with kids and youngsters to teach them , what he learned from all the other great musicians he met in his life!!He is giving workshops , voice, bass, and guitar lessons as well as teach them how to use the computer as a recording studio 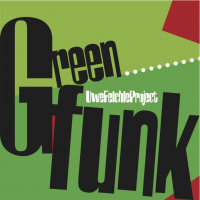 All About Jazz musician pages are maintained by musicians, publicists and trusted members like you. Interested? Tell us why you would like to improve the uwe arthur felchle musician page.