Vocalist, songwriter, arranger and lyricist Valentina Marino brings the sensitivity, sophistication and earthiness of her Mediterranean roots to cutting edge jazz. “Her depth of feeling…touches the hearts of all who hear her...Valentina Marino's interpretation of Dorham's “Blue Bossa” with Lawson's lyric paints pictures of the flow of waters' life that transcend the notion of singing into a numinous expression of authentic artistry'' says Grammy nominee Janet Lawson. “A musician who loves to share the magic” - in the words of jazz vocalist Amy London; “Creative, spontaneous: a passionate vocalist with an enormous capacity to communicate with her audience”- Cameron Brown, bassist and band leader.

Marino began her musical studies at the University of Music in Rome, continued taking piano and voice lessons in Vienna and later attended the New School for Jazz and Contemporary Music in New York City, where she received a BFA in Vocal Jazz Performance under the mentor ship of, among others, legendary bass player Reggie Workman, saxophonist David Glasser and vocalists Amy London, La Tania Hall, Julie Hardy and Janet Lawson.

While deeply rooted in Jazz, Marino is a musical gypsy, in constant search for unexplored paths where jazz can meet the energetic vibes and rhythms of Tango and Brazilian music and where pop songs can explore the language of improvisation or land into adventurous arrangements. What would remain of a human being without feelings and sensitivity? What would life be without the truth of human stories, the magic of improvisation, the pulsing rhythms of emotions, the passionate dances of the heart? On her music journey Marino sings these questions and searches in the moment for any possible answer. Living in New York City, the epicenter of Jazz and world music, she has found the perfect environment to keep nurturing and developing this musical inter fusions through collaborations with artists coming from many different backgrounds. “Jazz is my magnet” – says Marino – “I love to see what happens when I temporarily separate from it and then find myself strongly pulled towards it”. The blend of different music possibilities gravitating around jazz is what inspired her debut album, “PhiLOVEsophy” which will be released this Fall in New York City. The album is a selection of her originals, contemporary jazz songs and standards, bossa nova and pop tunes that have been arranged within a jazz realm.

Ms. Marino has performed, recorded and collaborated with various musicians of the European and American Jazz scene, including Cameron Brown, Jay Azzolina, Saul Rubin, Ray Gallon, Hans Salomon. In Vienna she sang at Zwe, Unplugged, Papas in Naschmarkt, Tunnel, Birdcage, Fischer Bräu, to name a few and performed with the Pandora's Box Tango Argentino Ensemble at The Rote Bar in Volkstheater. In Rome she performed at Charity, Flamingo and Bebo do Samba. In New York she sang and appeared among the others, at Somethin' Jazz Club, The Garage, Bar Next Door, The Flatiron Room, Cleopatra's Needle, Kitano, The Cotton Club. Show less

Valentina Marino - "In The Name Of Love" - Jazzheads Release Date:...

”I have just heard a few tracks of a recording by Valentina Marino and must say it makes for fascinating listening. Furthermore, one of the tracks was one of my songs, “I WANT TO PROVE I LOVE YOU”, which she arranged and sang. I was impressed by the modernity of the arrangement - a totally imaginative restructuring of the song. Her musical backing was superb and totally professional - and then she touched my heart by singing my ballad, “LOVE CAME ON STEALTHY FINGERS”. Record companies and talent scouts should keep their eyes on this young lady, she is bound to go far.” —Bob Dorough, Songwriter/Producer/Recording Artist 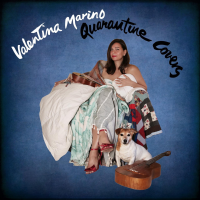 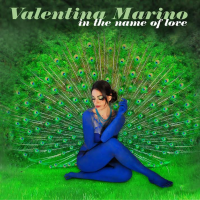 In The Name Of Love 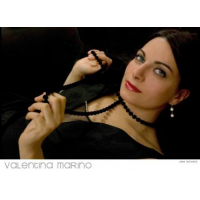 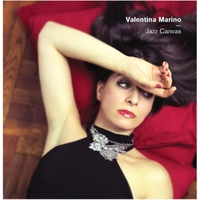 From: Quarantine Covers
By Valentina Marino

All About Jazz musician pages are maintained by musicians, publicists and trusted members like you. Interested? Tell us why you would like to improve the Valentina Marino musician page.