Born and raised in Northern Germany Verena McBee has been always connected to the arts. At age 7 she took piano lessons in her hometown at the Conservatory of Osnabrueck, added the flute at age 14 and at the same time joined a local theatre group. In 1993 she studied classical music for teaching ( piano & flute ) & German language and literature at the “University Osnabrueck” and finished in 1997   with her first State examination. While studying music in Osnabrueck, she auditioned for acting schools and was accepted in Hamburg at “Acting School Studio O33” in 1997. While studying drama she added vocal lessons (Belcanto) to her program outside the school program. In the years of 2000-2006 Verena appeared as actress and vocalist under her maiden name Verena Gemsa in Hamburg, Munich, Cologne, Brussels, Prisdina and NYC. In 2004 she met her now husband, Cecil McBee and moved to NYC in 2007. Inspired by him and especially the music of Sarah Vaughan Verena started studying Jazz Vocals with different instructors, amongst them Brianna Thomas, Roberta Gambarini & Nicole Zuraitis

She has appeared with David Kikoski & Mark Soskin on piano and also shared the stage as a guest with Cecil McBee, Victor Lewis, Billy Hart & George Cables.

In January 2013 she produced her Debut Jazz album (Can't help it!) with her trio: Billy Test/Piano, Zwelakhe Duma F. Bell du Pere/Double Bass and Brian Woodruff/drums, which was released in September '13.

Verena McBee Vocalist New York City
”Verena McBee is a powerful and very expressive singer with a wide range. Born and raised in Germany, she was classically trained and had a busy career working as an actress. Since moving to New York in 2007, she has developed into a fine jazz singer and appeared in many venues, generally in the New York area.” —Scott Yanow, Jazz Journalist

”Verena McBee is a powerful and very expressive singer with a wide range. Born and raised in Germany, she was classically trained and had a busy career working as an actress. Since moving to New York in 2007, she has developed into a fine jazz singer and appeared in many venues, generally in the New York area.” —Scott Yanow, Jazz Journalist

“For her recording debut as a leader, Verena McBee is joined by pianist Billy Test, bassist Zwelakhe Duma-Bell LePere and drummer Brian Woodruff, mostly performing fresh and inventive versions of standards. She also introduces two of her originals (“Princess Lioness” and “Don’t Ask Me”), wrote the lyrics to her husband bassist Cecil McBee’s “Agua Dulce” and contributed all of the inventive arrangements. Can’t Help It begins with her driving piece, “Princess Lioness,” that serves as a fine introduction to the singer. On “Taking A Chance On Love,” she takes the first chorus quite slow, putting plenty of feeling into the words before it becomes a medium- tempo swinger. “The Man I Love” is interpreted with a great deal of drama with its verse and chorus being taken out-of-tempo. This unusual version has the singer filling the words with longing and hopelessness. In contrast, “Love Me Or Leave Me,” which begins as a duet with drummer Woodruff, has some exciting scat-singing and concludes with Verena reinventing the melody. “Take The ‘A’ Train, which has a bit of solo space for each of her sidemen, also features some expressive scatting. Verena McBee has always been inspired by Marlene Dietrich. Her rendition of Ms. Dietrich’s first hit, “Falling In Love Again,” is quite personal and finds her singing in both German and English. “Agua Dulce” is quite a tour-de-force with Verena showing off her very wide range and her background in classical music. Her wordless singing during the performance’s second half is quite memorable. She is also passionate on a medium-slow version of “Bewitched, Bothered and Bewildered.” While the latter is a duet with pianist Test, she shares a happy “Ain’t Misbehavin’’ with bassist LePere. Concluding this memorable effort is a medley of the timeless “Nature Boy” with her topical and thoughtful “Don’t Ask Me (Immigration Song).” Can’t Help It is quite a debut for Verena McBee, making one look forward to what is coming next.”  Scott Yanow, Jazz Journalist / Historian / Author ( The Jazz Singers, The Great Jazz Guitarists, Jazz On Film and Jazz On Record 1917-76 ) 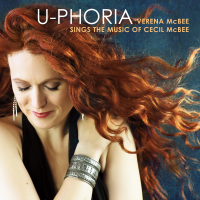 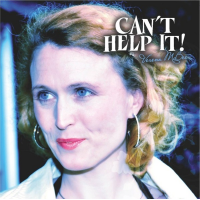 All About Jazz musician pages are maintained by musicians, publicists and trusted members like you. Interested? Tell us why you would like to improve the Verena McBee musician page.