A native of Tampere since his early twenties, Ville Rauhala was born in the neighbouring rural municipality of Kangasala in 1976. He has taken double bass lessons at the Pirkanmaa Music Institute and studied ethnomusicology at the University of Tampere for a period of ten years at the turn of the Millennium.

One of his most long-standing collaborators is saxophonist Masa Orpana, another Kangasala- based musician and a prominent figure of the North Tavastia jazz and rhythm & blues scene. The men have performed and recorded together in line-ups such as Olmarin Unioni ever since the early 1990s.

Rauhala’s path to a fully-fledged professional musicianship commenced in the mid-1990s in the ranks of various roots bands. Session dates and work with theater groups followed, word started to spread and gradually this versatile musician became the first-call double bass player of the entire Tampere region.

Over the years, Rauhala has worked with such top Finnish singers and songwriters as Pauli Hanhiniemi, Pate Mustajärvi, and Janne Laurila. In addition, he has been featured in well- received music theater productions based on the lives and times of Finnish tango and schlager icons Unto Mononen and Olavi Virta.

As a composer, Rauhala is also documented on albums by saxophonist Masa Orpana (Brothers – Music of Rauhala, Tikanmäki & Vuorinen, 2010) and jazz groups like Olmarin Unioni (Olmarin Unioni, 2004 and Peaceful Means, 2005) and Rakka (Soutu, 2012 and Mykoritsan valtakunta, 2014).

A most important page was turned in May 2005 as Ville Rauhala co-founded the robust free jazz band Black Motor with saxophonist Sami Sippola and drummer Simo Laihonen.

And still in 2013-2018 Ville Rauhala joined guitarist Raoul Björkenheim and drummer Ilmari Heikinheimo in the rough and ready improv group Raoul Björkenheim Triad. The acclaimed album Beyond ( Eclipse Music ) came out in 2017.

The longest mutual history inside the band exists between Sippola and Rauhala, founding members of groundbreaking free jazz group Black Motor. After ten years and ten albums with drummer Simo Laihonen, it was time to make some difficult choices. Black Motor goes on with Rauhala still in the line-up, but for the purposes of the new trio him and Sippola turned to their old friend and world-class drummer and percussionist Tuomi. Dozens upon dozens of shows together in bands like Rakka had finetuned their musical ESP to the highest possible level. Hot Heros’ debut album Fill Up with Old Time Salvation came out in 2016 to critical acclaim and was quickly followed by intense concerts as far Bulgaria and Russia. Whereas the name of the band may contain a pun, the title of their sophomore effort is just about as straight forward as can be. Spelling it like it is, Folkjazz from Finland makes a big promise. But the no-frills name is also a testament to the creators’ abilities. They know they can deliver the goods with 100% accuracy if the territory chosen borders European free jazz tradition and Nordic folk tunes. This area is their native land. The trio’s organic and soulful expression mirrors both the feel of the melodies, often born in the heart of nature, and the musicians’ past praxis with top improvisers like Peter Brötzmann, John Zorn, Juhani Aaltonen, Paal Nilssen-Love, Barry Guy, Iro Haarla and Raoul Björkenheim. Folkjazz from Finland is inspired by the tangible (Sippola’s meanderings on how his relatives immigrated to the USA at the turn of the century) and the ethereal (Rauhala’s lucid dream of a visit from a shaman woman) alike. The legacy of trailblazers like Edward Vesala and Sakari Kukko (of Piirpauke fame) is in able hands with Hot Heros. Text (c) Petri Silas Show less 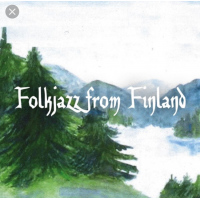 All About Jazz musician pages are maintained by musicians, publicists and trusted members like you. Interested? Tell us why you would like to improve the Ville Matti Rauhala musician page.