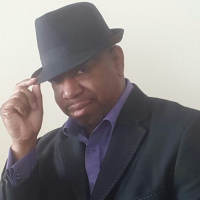 Jazz vocalist Vincent Eury was once dubbed by Clay Osborne (a legendary jazz artist and brother of R&B great Jeffrey Osborne) as “the voice we’ve been longing for.”

This proud Salisbury, North Carolina native grew up singing in several local churches and as a soloist. Additionally, he became the premier wedding singer. Vincent has been and still is the most sought after vocalist of his hometown area. Upon enlisting in the United States Armed Forces, Vincent was lead vocalist for the prestigious Navy Band of Newport Rhode Island from 1993 to 1999. Although his reporting station was in Rhode Island, Vincent was showcased on band tours that included big band, swing band, jazz band and rock band. These performances allowed Vince to travel throughout the country, as well as Canada and Iceland. His signature rich baritone lead vocals garnered him the moniker of The Navy Crooner.

In 2008, Vincent was handpicked among other talented peers to participate in the historic “We Are One” Obama Inauguration Concert, sharing a stage erected at the Lincoln Memorial with Bruce Springsteen, Beyoncé, Jamie Foxx, and other distinguished pop culture icons.

A lover of diverse musical genres, and versatile vocalist, Vincent is a former member of the internationally acclaimed and award winning gospel choir Patrick Lundy & The Ministers of Music. During his four-year tenure, he was selected as background vocalist to accompany music industry phenoms-namely BeBe Winans, Kirk Whalum, and Lady Tramaine Hawkins, and appeared on such renown stages as the John F. Kennedy Center for the Performing Arts, the historic Howard Theatre, and The White House , to name a few.

However, Vincent remains loyal to his first love-jazz. He notes being primarily influenced by the critically acclaimed Johnny Hartman. Although not widely known outside of elite jazz circles, Mr. Hartman holds the unique distinction of being the only vocalist to ever record with John Coltrane and was referred to by NPR as the “quintessential romantic balladeer.” To uphold the torch and honor the legacy of the legendary jazz vocalists who have been lifelong inspirations, Vincent aspires to form an all-star jazz quartet that will perform at landmark Metropolitan Washington venues like Blues Alley and Jo Jo’s Jazz Club. 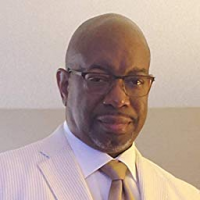 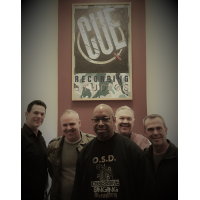 All About Jazz musician pages are maintained by musicians, publicists and trusted members like you. Interested? Tell us why you would like to improve the Vincent Eury musician page.