Vincent Herring is a saxophone virtuoso with a uniquely intense and vigorous musical voice. He is considered one of the premier saxophonists of his generation.

Vincent has appeared as guest soloist with many artists and ensembles including Wynton Marsalis at Lincoln Center and John Faddis with the Carnegie Hall Big Band. While amassing these impressive credentials, Vincent continued to develop his own voice and style. Inspired by a collage of diverse musical influences, Vincent is also involved in Jazz education and is currently on the faculty of William Patterson University. He conducts master classes and jazz workshops at conservatories and universities around the world.

Enter the "Vincent Herring - The Uptown Shuffle" Giveaway at All About... 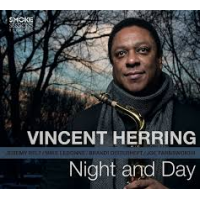 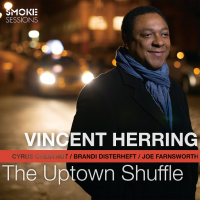 All About Jazz musician pages are maintained by musicians, publicists and trusted members like you. Interested? Tell us why you would like to improve the Vincent Herring musician page.