Vincent (Tsung-Yu) Hsu was born in Changhua, Taiwan, and grew up in Kaoushiung. He moved to New York in 2002 to pursue his master’s degree in TESOL at The City College of the City University of New York (CCNY). Meanwhile, he began studying acoustic bass with legendary musicians, including Cecil McBee, Victor Venegas, Andy González, and John Schaeffer (former Principal Bassist for the New York Philharmonic). After receiving his master's degree, Vincent was accepted into the undergraduate jazz program at CCNY, where he studied with the world-renowned bassist, John Patitucci. Vincent received his bachelor's degree in Jazz Performance from CCNY in 2008. In the summer of 2010, he graduated from the master’s program of Jazz Performance at NYU, where he studies with Brian Lynch, Martin Wind, Billy Drummond, Don Frieman and Ralph Alessi. Vincent has played at various jazz venues in New York, such as Blue Note, Jazz Gallery, St. Nick's Pub, Jules Bistro, Puppet’s Jazz Bar, Bowery Poetry Club, Shrine, Arturo's, Garage, Greenwich Village Bistro, Big Apple Jazz/ EZ’s Woodshed, Aaron Davis Hall/ CUNY Jazz Festival, Taipei Economic and Culture Center, and Smalls. Vincent also has strong passion in Latin and Afro-Cuban music. He is one of the founders of the traditional Cuban band—Sarah Y Su Cachito—who regularly performs authentic Cuban and Latin jazz in New York. In addition to live performance, Vincent also devotes himself to jazz talks and lecture demonstrations in hopes of introducing jazz music and its history to the public

. In the summer of 2010, Vincent moved back from New York and founded Soy La Ley Afro-Cuban Jazz Band and the Freefall Jazz Band in Taiwan. As a leader he has been featured at the 2012 and 2014 Summer Jazz Festival of National Theater and Concert Hall, 2010-2014 Taichung Jazz Festival, and numerous jazz venues in Taiwan. As a music director, Vincent initiated “Clave de Cuba Festival,” a multi-disciplinary art festival and collaboration with the National Taiwan University Center for the Arts. He is currently the lecturer at the National Taiwan University of the Arts. His debut album, “Homeland,” released in 2014, has won “The Best Jazz Album of the Year” by the 5th Golden Indie Music Award in Taiwan. Show less 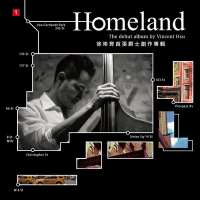 All About Jazz musician pages are maintained by musicians, publicists and trusted members like you. Interested? Tell us why you would like to improve the Vincent Hsu musician page.