Vinny Golia is a composer who fuses the rich heritage of Jazz, contemporary classical and world music into his own unique compositions. As a bandleader, Golia has presented his music to concert audiences in Europe, Canada, Mexico, Japan and the United States in ensembles varying dramatically in size and instrumentation. Mr. Golia has won numerous awards as a composer, including grants from the National Endowment of the Arts, The Lila Wallace Commissioning Program, The California Arts Council, Meet the Composer, Clausen Foundation of the Arts, Funds for U.S. Artists and the American Composers Forum. In 1982 he created the on-going 37 piece Vinny Golia Large Ensemble to perform his compositions for chamber group and jazz orchestra.

A multi-woodwind performer, Vinny's recordings have been consistently picked by critics and readers of music journals for their yearly “ten best” lists. In 1990 he was the winner of the Jazz Times TDWR award for Bass Saxophone. In 1998 he ranked 1st in the Cadence Magazine Writers & Readers Poll and has continually placed in the Downbeat Critic's Poll for Baritone Saxophone. In 1999 Vinny won the LA Weekly’s Award for “Best Jazz Musician”. Jazziz Magazine has also named him as one of the 100 people who have influenced the course of Jazz in our Century.

Golia has also contributed original compositions and scores to Ballet and Modern Dance works, video, theatrical productions, and film. As an educator Vinny has lectured on music & painting composition, improvisation, Jazz History, The History of Music in Film, CD & record manufacturing and self-production throughout the United States, Europe and Canada. He currently teaches at California Institute of the Arts. In 1998 Golia was appointed Regent's Lecturer at the University of California at San Diego.

New Music Circle 2008-09 Season to Include Concerts by Vinny Golia... 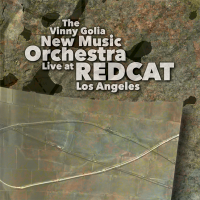 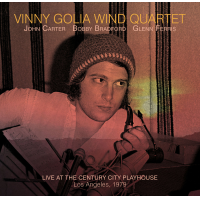 Live At The Century... 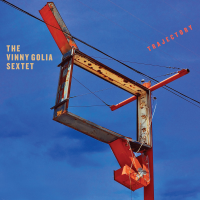 Empiricism In The West 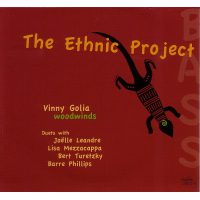 All About Jazz musician pages are maintained by musicians, publicists and trusted members like you. Interested? Tell us why you would like to improve the Vinny Golia musician page.