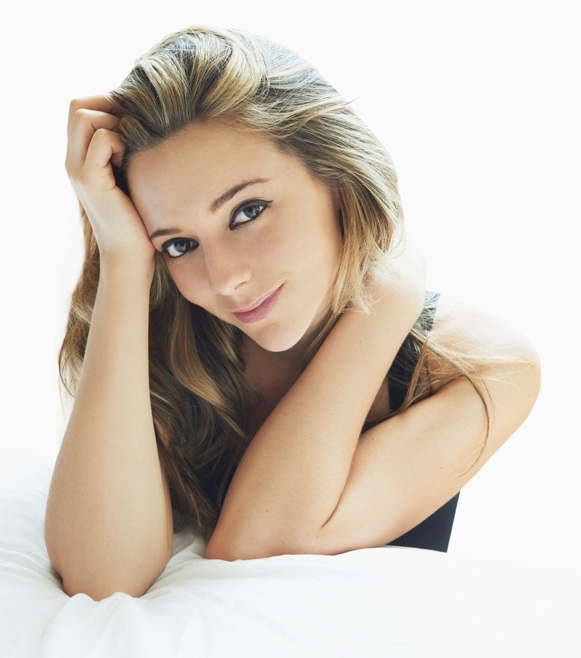 After having studied piano and percussions at a parisian conservatory, Violette started singing at the age of fifteen. Armed with a solid vocal technique gained by the study of the classical repertoire, she soon felt a need for a greater freedom of expression. One year later, she fell under the spell of the Ella Fitzgerald & Louis Armstrong duo recordings, which awakened her taste for Jazz.

A chance encounter with pianist and artistic director Laurence Apithy would then mark a crucial turning point in Violette’s career, when she first started training as a professional artist. This privileged apprenticeship, spiritual as well as musical, encouraged her to explore the diversity of afro-american music. She soon formed her own band and started developping her own Jazz Soul infused sound while performing throughout french & european venues.

In 2007, after graduating in Liberal Arts and encouraged by renowned french violonist Didier Lockwood she decided to fully embrace her passion. She thus moved to Boston to enroll the prestigious Berklee College of Music where she studied arranging, songwriting and performance. She soon started writing and performing her own songs, and released her first album Innervoice in 2009.

Violette is currently living in NYC, about to release her 2nd opus while performing on both sides of the Atlantic. Past appearences include venues in Paris, Senegal, Boston, New York, St Marteen, Prague and Dubaï …

She took part in several Jazz Springboards such as Jazz a Vannes and Jazz a Crest and performed for numerous festivals like Jazz a Sete, Violons Croises and Cambridge Make Music.

Violette had the pleasure to co-write and record The Dorian Island with Thomas ENHCO on his amazing debut Album Esquisses. Her resume also includes movie soundtracks & recordings for children.

At the early age of 23, Violette sings thus her passion for the Afro-American music and culture. Her warm and inviting voice, tinged with the diverse influences of jazz, blues, soul & gospel, immerses you in the heart of a genuine emotional experience. Show less

« A marvelous french jazz singer who has staked out unique terrain for herself. She combines sophisticated song writing with careful investigation into the jazz standard tradition” ( Boston Magazine, September 2008 )

“Her vocals are hauntingly beautiful, filled with sensitivity and a sense of mellow desire and she sings each word with perfect clarity.” (Berklee Today, 2008) All About Jazz musician pages are maintained by musicians, publicists and trusted members like you. Interested? Tell us why you would like to improve the Violette musician page.