Walter Blanding (Tenor and Soprano Saxophones, Clarinet) was born on August 14, 1971 in Cleveland, Ohio to a musical family and began playing the saxophone at age six. In 1981, he moved with his family to New York City, and by age 16, he was performing regularly with his parents at the Village Gate. Mr. Blanding attended LaGuardia High School for Music & Art and the Performing Arts and continued his studies at the New School for Social Research. Mr. Blanding lived in Israel for 4 years, where he had a major impact on the music scene, inviting great artists such as Louis Hayes, Eric Reed and others to perform. He also taught in several Israeli schools and toured the country with his ensemble. During this period, Newsweek described him as “Jazz's Ambassador to Israel.” His first recording, Tough Young Tenors, was acclaimed as one of the best jazz albums of 1991. Since then, he has performed or recorded with many artists, including Cab Calloway, the Wynton Marsalis Septet, Marcus Roberts, Illinois Jacquet, Eric Reed, Roy Hargrove and others. His latest release, The Olive Tree, features fellow members of the Jazz at Lincoln Center Orchestra. 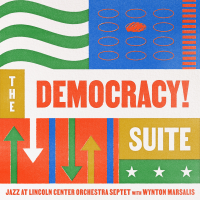 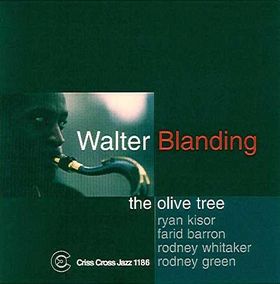 All About Jazz musician pages are maintained by musicians, publicists and trusted members like you. Interested? Tell us why you would like to improve the Walter Blanding musician page.