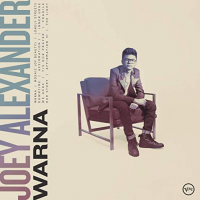 At 16, Joey Alexander has already recorded two GRAMMY-nominated studio albums, as well as a critically acclaimed surprise release from late 2017 to honor Thelonious Monk's centennial. With his third studio effort Eclipse, Joey took another giant step forward, demonstrating his aptitude as a composer, bandleader, and musician, hinting at the many artistic paths open to him in the decades ahead. Joey has made appearances on 60 Minutes, The Today Show, and NPR's Tiny Desk series.

All About Jazz musician pages are maintained by musicians, publicists and trusted members like you. Interested? Tell us why you would like to improve the Warna musician page.