During the early-to-mid '90s Mr. Walter proved to be a significant catalyst in the Chicago underground rock and improvised music scenes, forging strong connections between the two camps. Walter founded the weekly (and still extant) Myopic Books Improvised Music Workshop in early 1994 and performed improvised music with dozens of musicians including Kevin Drumm, Ken Vandermark, Jeb Bishop, Jim Baker, Gene Coleman, Fred Lonberg-Holm, Jim O'Rourke, Mars Williams, Jeff Parker and Michael Zerang. Mr. Walter has performed and recorded with scores of underground rock bands like the Flying Luttenbachers, Lake Of Dracula, Burmese, Lair of the Minotaur, Bobby Conn, Erase Errata, XBXRX and Curse of the Birthmark. Weasel Walter relocated to Oakland, California in 2003. In 2005, after a long sabbatical from improvising, Walter established a shape-shifting free jazz ensemble under his own name which has featured various combinations of musicians like Henry Kaiser, Damon Smith, William Winant, Jon Raskin, Randy Hunt and Aram Shelton as well as performing in many ad-hoc improvisational combinations.

At The Mudlark Public... 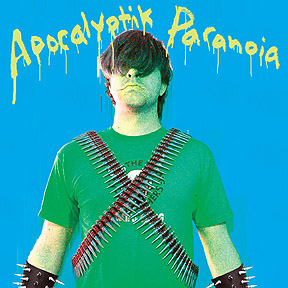 From: Apocalyptik Paranoia
By Weasel Walter

From: Firestorm
By Weasel Walter

All About Jazz musician pages are maintained by musicians, publicists and trusted members like you. Interested? Tell us why you would like to improve the Weasel Walter musician page.