When Wendy Moten talks about her more than 20 years in the music industry, a few words come up over and over: growing, collaborating, learning. Lucky, fortunate.

A surprising juxtaposition emerges: one of pop music’s most powerful voices, who hopes that her legacy will be as a collaborator, open to creating great art.

It’s a refreshing perspective from a vocalist with Wendy’s resume. The Memphis-born, GRAMMY® nominated singer has earned a vast collection of professional credits in Contemporary, R&B, Jazz, Rock, and Country since launching her career with her self-titled debut record (EMI) in 1992. That album produced two Billboard charting singles, including the enduring ballad “Come In Out of the Rain” and the up-tempo dance hit “Step by Step.”

On the heels of that release, Wendy was chosen to open for Michael Bolton during his North American stadium tour and connected with fans worldwide through sold-out headlining performances at venues like the famed Budokan in Japan. In 1994, she recorded the GRAMMY ® nominated single “Whatever You Imagine,” from the animated film The Pagemaster starring Macaulay Culkin. Additional film soundtrack credits include 1993’s Mr. Wonderful starring Annabella Sciorra and Matt Dillon.

Julio Iglesias and Wendy Moten Wendy recorded two more albums for EMI: Time For Change, an international smash and European best-seller, with “Change Of Heart” and “Your Love Is All I Know;” and Life’s What You Make It, which showcased her versatility as an artist, vocalist, producer and songwriter.

That’s when Wendy got an invitation that she says was pivotal to the course of her career. She travelled the world with Julio Iglesias as a featured vocalist for 15 years, connecting with worldwide audiences, growing tremendously as a performer and discovering herself as an artist.

Through that experience and in the years since, Wendy has earned a reputation, not just for her powerhouse voice but for her professionalism and versatility – a chameleon behind the mic, she’s worked in every genre imaginable – and as a talented vocal and musical arranger and songwriter, her recording credits reach across genre lines with artists like Michael Bolton, Eric Clapton, Buddy Guy, Al Jarreau, Joss Stone, John Mayall, Kenny Rogers, Jeffrey Osborne, Montgomery Gentry, Brooks & Dunn, Alice Cooper, Mindy McCready, Marcia Ball, Joe Louis Walker, Bonnie Tyler, Todd Snider and many others.

The list goes on endlessly: her stunning lead vocal on the Stevie Wonder mega-hit, “All I Do,” from saxophonist Kirk Whalum’s GRAMMY® winning album, “For You;” her duets on records like Michael McDonald’s No Love to Be Found; featured vocals on Buddy Guy’s 2009 GRAMMY® nominated album Skin Deep and the recently released Good Road to Follow by John Oates. In 2009, she released Tis the Season, a collaboration with American jazz, pop, and Latin pianist Clay Perry and in 2013 shared backing vocal duties with Bekka Bramlett at Bonnaroo’s Rock ‘N’ Soul Dance Party Superjam, rocking out with an all-star lineup including John Oates, Jim James, Larry Graham, Billy Idol, R. Kelly, and Preservation Hall Jazz Band.

In 2014, there’s no rest in sight – in fact, Wendy is ready to step up to center stage again with the release of Timeless: Wendy Moten Sings Richard Whiting, out in May on Woodward Avenue Records.

”From the first time I heard Wendy Moten’s voice I thought…wow, she’s going to be around for a long time. Now, after listening over and over to the Timeless album, her flawless phrasings, and playful interpretations, I love that while she possesses such a power voice, she remains refreshingly true to the timelessness of these standards written by Richard Whiting. Through it all, she generously reveals to us still another lavish Wendy Moten voice, from her vocal arsenal, and it’s pure jazz. She leaves no doubt as to her ability to go back in time, hit the mark, capturing the era that these timeless standards were written in

”From the first time I heard Wendy Moten’s voice I thought…wow, she’s going to be around for a long time. Now, after listening over and over to the Timeless album, her flawless phrasings, and playful interpretations, I love that while she possesses such a power voice, she remains refreshingly true to the timelessness of these standards written by Richard Whiting. Through it all, she generously reveals to us still another lavish Wendy Moten voice, from her vocal arsenal, and it’s pure jazz. She leaves no doubt as to her ability to go back in time, hit the mark, capturing the era that these timeless standards were written in. In my opinion, Wendy Moten has officially achieved the musical status of classic jazz divas Ella Fitzgerald and Sarah Vaughn, who I’ve also often listened to – over and over.

And to Wendy I say, it is a delight to listen to your multi-dimensional and timeless voice – over and over.”

“I was so excited to be invited to play on this album as I’ve been a Wendy Moten fan forever! And it’s so refreshing to hear her sing these great Richard Whiting songs.........…she sounds amazing—so emotive and powerful, and so at-home in this surrounding. Wendy and Paul Brown did a beautiful job—this is the musical equivalent of that comfy cashmere sweater you love to put on…it just makes you feel warm all over!” 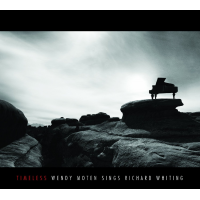 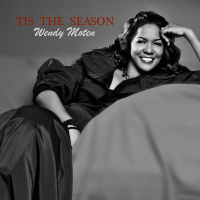 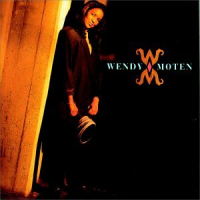 All About Jazz musician pages are maintained by musicians, publicists and trusted members like you. Interested? Tell us why you would like to improve the Wendy Moten musician page.