Wendy Waller’s unique and creative approach to melody and lyric embodies the vast rich landscape of American Roots Music. She tells her story with her dynamic multi-ranged voice. There is no compromise with Wendy. She is unyielding in her quest to take the listener on a musical journey. Every performance is a new and provocative experience.

Wendy's formal education includes attending the New England Conservatory of Music in Boston, Massachusetts, where she arrived as a classically trained coloratura soprano and left a Jazz/Country/Soul-influenced rocker.After her stint in Boston Wendy returned to her native California and completed her degree in Jazz Studies at San Jose State University. She also began assembling an impressive group of musical mentors, including Patti Cathcart, Bobby McFerrin, Joe Henderson, David Baker and Wayne Wallace.

Wendy's career flourished. She fronted several successful bands, worked as a freelance singer, and contributed her talents to a number of projects, including Chris Isaak's “Speak of the Devil.” Wendy performs at a wide variety of venues throughout the Bay Area including The Little Fox Theater,The Throckmorton Theater, and Tateuchi Hall at the Finn Center.Wendy performed in Great Britain as one of 10 finalists selected from over 10,000 entries for the Rising Star 2009 competition, which was part of British Music Week. A top-notch vocal instructor,Wendy has taught and assisted at U.C. Berkeley, San Jose State University, Foothill Junior College and the Community School of Music and Art in Mountain View, California. Show less

Voice lessons with Wendy Waller (www.wendywaller.com) Learn To Be An Exceptional Singer With Step By Step Development All Ages Welcome Specialties: Jazz - Musical Theater Rock - Pop - Country - R&B -Singer/Songwriter Call today 650-216-9138 Learn: Vocal technique Fundamentals of jazz theory Microphone technique Develop: An understanding of the keyboard and light playing skills An understanding of style and the tools to develop your own style and creative approach Performance skills: Communication, confidence, mic technique Wendy brings 25 years of performance and 18 years coaching experience to her fun singing lessons and informative classes. Credits include three CDs, and back up vocals on Chris Isaak's CD, "Speak of the Devil" on Reprise Records. Wendy's credentials include classical voice studies at U.C 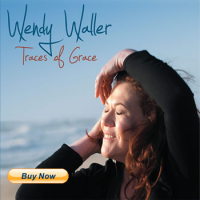 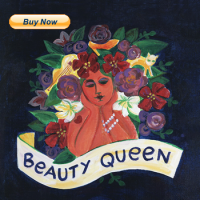 All About Jazz musician pages are maintained by musicians, publicists and trusted members like you. Interested? Tell us why you would like to improve the Wendy Waller musician page.