Whitney was a unexpected guest at the Killbourne Hall at the Xerox Rochester Jazz festival 2010 when called up on stage with the African Bassekou-Kouyate & Ngoni Ba group where they traded impromtu jazz & blues licks and received a standing ovation 2010. In 2008 a scheduled performance with the Musican Educators Big Band under the direction of Howard Potter for the Rochester Jazz Festival.

She performed The Star Spangled Banner at the Chris Evert Tennis Classic.

Have been DISTIRBUTED BY CITY HALL RECORDS NATIONALLY Award recipient international recording singer/songwriter isbased out of New York City and Rochester NY and stamps you with her own style immediately. This smooth & straight- ahead jazz CD, Me, Marsalis & Monk, Engineered by Grammy winner Marc Useli and mastered by engineer Ken Depotter demostrates the art of composing 'in the moment' while performing an instantaneous level of creativity. Me, Marsalis & Monk features Grammy Award Winners REGINAL VEAL & NEAL CAIN - bass, . - arrangements & sax, Dan Nimmer - piano, and Barry Sames - piano among others.

WHITNEY MARCHELLE HAS ALOT TO BRING TO THE TABLE. A poet, theater & television actress but mainly a singer of 3 1/2 octaves with the ability to read music, attendeing numerous schools and Universites including New School Univeristy,D.M.A.C.C. Yamaha School Of Music, Kauffman School Of Music and Eastman just to name a few.

Whitney Marchelle Vocalist
”Ms Marchelle shows her many facets extremely well: a singer of pop tunes; a swinger of immense energy; a fearless scat artist, able to handle overdubbing flawlessly; and she even plays piano on a couple of tracks!!!!....Harvey Siders JazzTimes”

“'What Jazz Is'... excellent... a jazz anthem” —Dubai Live Magazine

My clinics vary with ages from learning the voice and its functions, the do and dont's, how to project, to breathe, the melody, improvisation, the circle of fifths,knowing the music around us, (a door shutting what note was it, elevators notes, phone ring notes find them on piano)-identify; theory,excercises,scales,vibrato control, stage fright.Know your keys, how to talk to band members, the road map of a song

My clinics vary with ages from learning the voice and its functions, the do and dont's, how to project, to breathe, the melody, improvisation, the circle of fifths,knowing the music around us, (a door shutting what note was it, elevators notes, phone ring notes find them on piano)-identify; theory,excercises,scales,vibrato control, stage fright.Know your keys, how to talk to band members, the road map of a song. How to sing various styles to the same song. Demostrate and apply, listening to other accomplished singers AND musicians.Music in other countries. 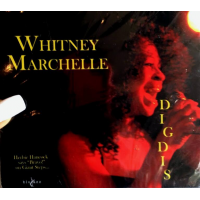 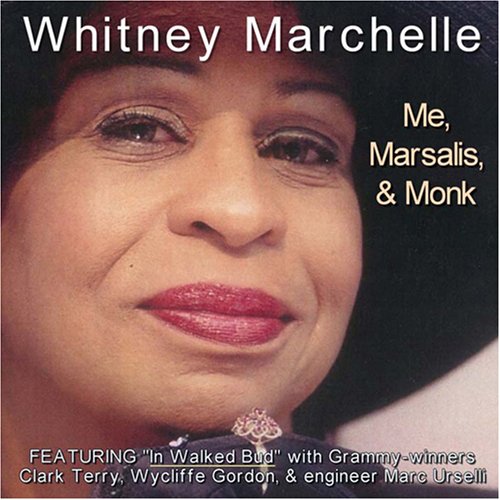 All About Jazz musician pages are maintained by musicians, publicists and trusted members like you. Interested? Tell us why you would like to improve the Whitney Marchelle musician page.