Willie King an Alabama blues singer and guitarist whose career took him from backwoods juke joints to the largest blues festivals in North America and Europe.

King appeared in the 2003 Martin Scorsese film Feel Like Going Home and was named Blues Artist of the Year by Living Blues magazine in 2004. In 1997 he founded the Freedom Creek blues festival. He began recording in 1999 when he made Freedom Creek, the first of his acclaimed albums.

King was one of those old-school juke joint players, but his music also reflected his lifelong role as a social activist. He called them 'struggling blues,'
Brett Bonner Magazine editor

King often visited schools, telling his life story and teaching children about the blues music that he loved.

King was born in Prairie Point, Miss., but when he was 6 years old he moved to west Alabama with his sharecropping grandparents. At age 9, he started playing guitar -- a fascination that took him to Southern juke joints for years before he gained international recognition late in his career.

An award-nominated record of Willie's life has been published.
Dutch film-makers Saskia Rietmeijer and Bart Drolenga (Visible World Films) wanted to produce a documentary about African American arts and culture in the Deep South. But they met Willie King and instead decided to devote their efforts to creating a DVD about Willie's life and times

In 1967, Willie King moved to Chicago in an attempt to make more money than he could down South. After a year spent on the West and South Sides, he returned to Old Memphis, Alabama, just across the border from the Mississippi Prairie. A salesman - of shoes, cologne, and other frivolities - Willie traveled the rural roads hawking goods and talking politics. Choosing not to work under the “old system” of unequal treatment, King joined the civil rights movement near the end of the decade.

In 1987, a chance meeting at a festival in Eutaw, Alabama, blew Rooster Blues founder Jim O'Neal away: According to O'Neal, King's “juke-joint musical style and political lyrics knocked me down.” The two kept in touch for the next 13 years, during which O'Neal relocated his label, and King concentrated on his own community, forging relationships with local youth through a blues education program, through his organization The Rural Members Association.

The Rural Members Association has sponsored classes in music, woodworking, food preservation, and other African-American traditions, and has provided transportation, legal assistance, and other services for the needy over the past two decades. In recent years he's been sponsoring a festival on the creek, which is known as The Freedom Creek Festival. Willie explains, “We was targetin' at tryin' to get all walks of life, different people to come down and kinda be with us in reality down there, you know. Let's get back to reality, in the woods . . . mix and mingle . . . get to know each other. Get up to have a workin' relationship, try to bring peace . . .”

King's follow up, Living In a New World, is nothing short of spectacular. Produced by Jim O'Neal and recorded at Easley Studio in Memphis, the album reminds the listener of Curtis Mayfield while allowing RL Burnside fans to rejoice as well.

In addition to the two CD's on the Rooster Blues label, Willie has also two independently recorded CDs - Walkin' the Walk, Talkin' the Talk which was recorded with local Alabama bluesman “Birmingham” George Conner, and the widely acclaimed I Am The Blues. His latest release was recorded live at Bettie's Place, a deep South rural juke joint. Entitled Jukin' At Bettie's, this CD is now available online at Willie King's CD Store, and can be downloaded from iTunes and other digital distributors. Show less 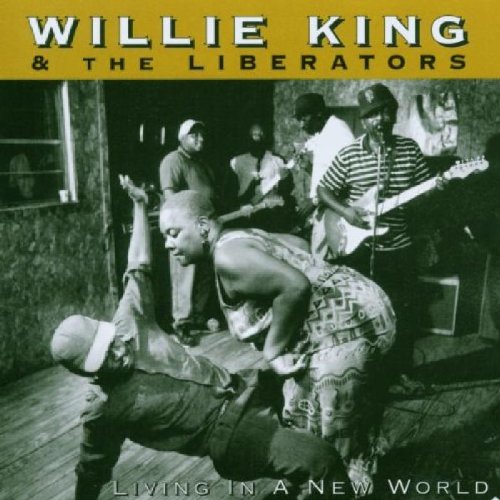 Living in a New World 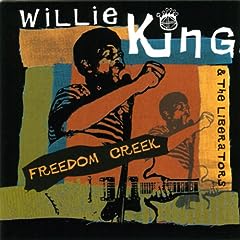 All About Jazz musician pages are maintained by musicians, publicists and trusted members like you. Interested? Tell us why you would like to improve the Willie King musician page.