Born in 1965, guitar player Wolfgang Muthspiel lives in Vienna. 30 CDs with mainly his own compositions document his work as bandleader and co-leader.

Being trained as a classical musician he approaches the acoustic guitar with the same ease as improvisation and jazz.  His Mozart-loving father encouraged him to start with violin playing at age six. At the age 14, he switched to guitar and started to create his own music with his brother Christian. His interest for improvisation led on to jazz.

He moved to Boston/Massachusetts and attended the Berklee College of Music on a full scholarship in 1986 where Mick Goodrick introduced him to complex harmonic worlds. In 1988 he started a 2-year touring period with the Gary Burton Band and acquired an outstanding reputation in the jazz scene. In the mid-nineties he arrived in the capital of Jazz, New York City, where he lived and worked until 2002. This city offered him a unique platform for pursuing different projects. Together with the singer Rebekka Bakken he explored the world of the singer/songwriter while with his brother he pursued their common electronic project Muthspiel/Muthspiel. At the same time he acted as a reliable and ingenious sideman for Trilok Gurtu, Dhafer Youssef, Youssou N’Dour, Maria João, Dave Liebman, Peter Erskine, Paul Motian, Bob Berg, Gary Peacock, Don Alias, Larry Grenadier, John Patitucci, Dieter Ilg, the Vienna Art Orchestra and many others.

After 16 years in the country of boundless possibilities he moved back home in 2002, settling down in Vienna, now being in demand as a virtuosic and creative co-leader and sideman in Europe. In 2002 he founded the label “material records” where he publishes and produces his own recordings as well as albums of other artists. After having toured Europe with his new 4tet (2008) and the duo-project with the drummer Brian Blade (2008) Wolfgang Muthspiel focusses on the trio MGT (Muthspiel – Grigoryan – Towner). In addition to his jazz projects, Muthspiel is active composing for contemporary classical ensembles like the Klangforum Wien or the Hugo Wolf Quartet. Most recently he received commissions from the Austrian Esterházy foundation (Haydn Year 2009). Furthermore Wolfgang Muthspiel is a Professor at the Hochschule für Musik in Basel, Switzerland.

Among his current projects is the Duo „Friendly Travelers“ with drummer Brian Blade, the Wolfgang Muthspiel Trio, MGT From a Dream with Slava Grigoryan and Ralph Towner, the Drumfree Trio (with Scott Colley and Mark Turner) as well as an ever-changing Solo Performance incorporating many different guitars and loops. Since 2009 the collaboration with Turkish pianist Aydin Esen has led to yet another project by the name of “dream cycle” bringing together contemporary aesthetics of both the classical and the jazz world. In 2012 Wolfgang released Vienna, Naked his first album as a singer/songwriter. He is currently working on new Trio recordings with Brian Blade and Larry Grenadier as well as a new Song Project by the name of “Vienna. World.”

These activities did not go unnoticed by several committees: Among numerous “smaller” awards Wolfgang Muthspiel received the Hans Koller Prize for “Musician of the Year” in 1997. In 2003 he was voted European Jazz Musician of the Year. Musicians Magazine ranked him among the „Top Ten Jazz Guitarists of the World“.   Show less

”radical, heavy, irresistibly engulfing, like the Vortex itself. This is an outstanding gig, played to a sold-out audience” —John L Walters, The Guardian, 1/16/03

“A natural virtuoso. On the electric guitar he can produce sounds as light and nimble as a harp's; on the violin he is alert and steely. Partly composed and partly improvised, his pieces included homages to Stravinsky, his jazz colleague Paul Motian and the Beatles.” —Paul Griffiths, The New York Times 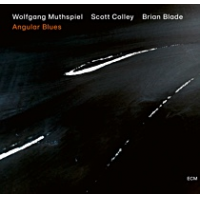 Where The River Goes 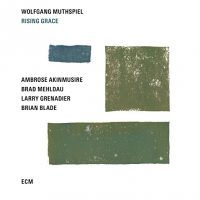 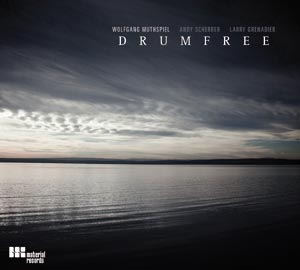 All About Jazz musician pages are maintained by musicians, publicists and trusted members like you. Interested? Tell us why you would like to improve the Wolfgang Muthspiel musician page.