Foo Jeng is a Malaysian pianist and composer. It is the craft of storytelling that informs his musical character, and thus his work often finds itself between the spaces of Classical and Black American music.

He’s both a finalist of The American Prize in Composition and winner of the El Paso Original Music/New Ideas Competition. Moreover, his compositions have been performed by orchestras and chamber groups at events such as the St. Petersburg New Music Festival and São Paulo Contemporary Composers Festival. He’s also conducted chamber and choral music for the Berklee Composers Alumni Concert as well as performed piano pieces for their bi- annual Old South Church concerts.

Foo Jeng holds a degree in Music Performance from Berklee College of Music and will be attending the Manhattan School of Music in Fall 2021. His goal is to, ultimately, create stories from his art, and to uncover beauty in the tradition and evolution of music.

Wong Foo Jeng jazz classical Original Jazz Compositions Original Music
“But while the trombone’s mellow first notes in the opening song, A Prayer in Spring, heralds the night and its quiet solitude, the inner world of the artist comes alive gradually... We delve in the thoughts, emotions and presence of someone who is sharing his moments of solitude with the world” - The Edge Malaysia 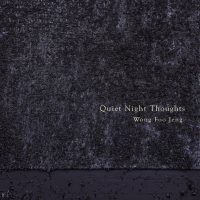 All About Jazz musician pages are maintained by musicians, publicists and trusted members like you. Interested? Tell us why you would like to improve the Wong Foo Jeng musician page.