Wynton Marsalis is an internationally acclaimed musician, composer, bandleader, educator and a leading advocate of American culture. He is the world’s first jazz artist to perform and compose across the full jazz spectrum from its New Orleans roots to bebop to modern jazz. By creating and performing an expansive range of brilliant new music for quartets to big bands, chamber music ensembles to symphony orchestras, tap dance to ballet, Wynton has expanded the vocabulary for jazz and created a vital body of work that places him among the world’s finest musicians and composers.

At age 17 Wynton became the youngest musician ever to be admitted to Tanglewood’s Berkshire Music Center. Despite his youth, he was awarded the school’s prestigious Harvey Shapiro Award for outstanding brass student. Wynton moved to New York City to attend Juilliard in 1979. When he began to pick up gigs around town, the grapevine began to buzz. In 1980 Wynton seized the opportunity to join the Jazz Messengers to study under master drummer and bandleader Art Blakey. It was from Blakey that Wynton acquired his concept for bandleading and for bringing intensity to each and every performance. In the years to follow Wynton performed with Sarah Vaughan, Dizzy Gillespie, Sweets Edison, Clark Terry, Sonny Rollins, Ron Carter, Herbie Hancock, Tony Williams and countless other jazz legends.

Wynton assembled his own band in 1981 and hit the road, performing over 120 concerts every year for 15 consecutive years. With the power of his superior musicianship, the infectious sound of his swinging bands and an exhaustive series of performances and music workshops, Marsalis rekindled widespread interest in jazz throughout the world. Wynton embraced the jazz lineage to garner recognition for the older generation of overlooked jazz musicians and prompted the re-issue of jazz catalog by record companies worldwide.
He also inspired a renaissance that attracted a new generation of fine young talent to jazz.
A look at the more distinguished jazz musicians of today reveals numerous students of Marsalis’ workshops: James Carter, Christian McBride, Roy Hargrove, Harry Connick Jr., Nicholas Payton, Eric Reed and Eric Lewis, to name a few.

Record Production
To date Wynton has produced over 70 records which have sold over seven million copies worldwide including three Gold Records. His recordings consistently incorporate a heavy emphasis on the blues, an inclusive approach to all forms of jazz from New Orleans to modern jazz, persistent use of swing as the primary rhythm, an embrace of the American popular song, individual and collective improvisation, and a panoramic vision of compositional styles from dittys to dynamic call and response patterns (both within the rhythm section and between the rhythm section and horn players). Always swinging, Marsalis blows his trumpet with a clear tone and a unique, virtuosic style derived from an encyclopedic range of trumpet techniques.

The Composer
Wynton Marsalis is a prolific and inventive composer. The dance community embraced Wynton’s inventiveness by awarding him with commissions to create new music for Garth Fagan (Citi Movement-Griot New York), Peter Martins at the New York City Ballet (Jazz: Six Syncopated Movements and Them Twos), Twyla Tharp with the American Ballet Theatre (Jump Start), Judith Jamison at the Alvin Ailey American Dance Theatre (Sweet Release and Here… Now), and Savion Glover (Petite Suite and Spaces). Marsalis collaborated with the Lincoln Center Chamber Music Society in 1995 to compose the string quartet At The Octoroon Balls, and again in 1998 to create a response to Stravinsky’s A Soldier’s Tale with his composition A Fiddler’s Tale. With his collection of standards arrangements, Wynton reconnected audiences with the beauty of the American popular song (Standard Time Volumes I-VI). He re-introduced the joy in New Orleans jazz with his recording The Majesty Of The Blues. He extended the jazz musician’s interplay with the blues in Levee Low Moan, Thick In The South and other blues recordings. With Citi Movement, In This House On This Morning and Blood On The Fields, Wynton invented a fresh conception for extended form compositions. His inventive interplay with melody, harmony and rhythm, along with his lyrical voicing and tonal coloring assert new possibilities for the jazz ensemble. In his dramatic oratorio Blood On The Fields, Wynton draws upon the blues, work songs, chants, call and response, spirituals, New Orleans jazz, Ellingtonesque orchestral arrangements and Afro- Caribbean rhythms; and he uses Greek chorus-style recitations to move the work along. The New York Times Magazine said the work “marked the symbolic moment when the full heritage of the line, Ellington through Mingus, was extended into the present.” The San Francisco Examiner stated, “Marsalis’ orchestral arrangements are magnificent. Duke Ellington’s shadings and themes come and go but Marsalis’ free use of dissonance, counter rhythms and polyphonics is way ahead of Ellington’s mid-century era.” Wynton extended his achievements in Blood On The Fields with All Rise, an epic composition for big band, gospel choir, and symphony orchestra - a classic work of high art - which was performed by the New York Philharmonic under the baton of Kurt Masur along with the Morgan State University Choir and the Lincoln Center Jazz Orchestra (December 1999). Marsalis collaborated with Ghanaian master drummer Yacub Addy to create Congo Square, a groundbreaking composition combining elegant harmonies from America’s jazz tradition with fundamental rituals in African percussion and vocals (2006). For the anniversary of the Abyssinian Baptist Church’s 200th year of service, Marsalis blended Baptist church choir cadences with blues accents and big band swing rhythms to compose Abyssinian 200: A Celebration, which was performed by the Jazz at Lincoln Center Orchestra and Abyssinian’s 100 voice choir before packed houses in New York City (May 2008). In the fall of 2009 the Atlanta Symphony Orchestra premiered Marsalis’ composition Blues Symphony. By infusing blues and ragtime rhythms with symphonic orchestrations Wynton creates a fresh type of enjoyment of classical repertoire. Employing complex layers of collective improvisation, Marsalis further expanded his repertoire for symphony orchestra with Swing Symphony, premiered by the renowned Berlin Philharmonic in June 2010, creating new possibilities for audiences to experience a symphony orchestra swing. The New York Philharmonic, Los Angeles Philharmonic and the Barbican have all signed on to perform Swing Symphony. Marsalis’ rich and expansive body of music for the ages places him among the world’s most significant composers.

Television and Radio
In the fall of 1995 Wynton launched two major broadcast events. In October PBS premiered Marsalis On Music, an educational television series on jazz and classical music. The series was written and hosted by Marsalis and was enjoyed by millions of parents and children. Writers distinguished Marsalis On Music with comparisons to Leonard Bernstein’s celebrated Young People’s Concerts of the 50s and 60s. That same month National Public Radio aired the first of Marsalis’ 26-week series entitled Making the Music. These entertaining and insightful radio shows were the first full exposition of jazz music in American broadcast history. Wynton’s radio and television series were awarded the most prestigious distinction in broadcast journalism, the George Foster Peabody Award. Marsalis has also written five books: Sweet Swing Blues on the Road, Jazz in the Bittersweet Blues of Life, To a Young Musician: Letters from the Road, Jazz ABZ (an A to Z collection of poems celebrating jazz greats), and his most recent release Moving to Higher Ground: How Jazz Can Change Your Life.

Jazz at Lincoln Center is a mecca for learning as well as a hub for performance. Their comprehensive educational programming includes a Band Director’s Academy, a hugely popular concert series for kids called Jazz for Young People, Jazz in the Schools, a Middle School Jazz Academy, WeBop! (for kids ages 8 months to 5 years), an annual High School Jazz Band Competition & Festival that reaches over 2000 bands in 50 states and Canada, and online learning tools.

Giving Back
Wynton Marsalis has devoted his life to uplifting populations worldwide with the egalitarian spirit of jazz. And while his body of work is enough to fill two lifetimes, Wynton continues to work tirelessly to contribute even more to our world’s cultural landscape. It has been said that he is an artist for whom greatness is not just possible, but inevitable. The most extraordinary dimension of Wynton Marsalis, however, is not his accomplishments but his character. It is the lesser- known part of this man who finds endless ways to give of himself.
It is the person who waited in an empty parking lot for one full hour after a concert in Baltimore, waiting for a single student to return from home with his horn for a trumpet lesson. It is the citizen who personally funds scholarships for students and covers medical expenses for those in need. Immediately following Hurricane Katrina, Wynton organized the Higher Ground Hurricane Relief Concert and raised over $3 million for musicians and cultural organizations impacted by the hurricane. At the same time, he assumed a leadership role on the Bring Back New Orleans Cultural Commission where he was instrumental in shaping a master plan that would revitalize the city’s cultural base. Wynton Marsalis has selflessly donated his time and talent to non-profit organizations throughout the country to raise money to meet the many needs within our society. From My Sister’s Place (a shelter for battered women) to Graham Windham (a shelter for homeless children), the Children’s Defense Fund, Amnesty International, the Sloan Kettering Cancer Institute, Food For All Seasons (a food bank for the elderly and disadvantaged), Very Special Arts (an organization that provides experiences in dance, drama, literature, and music for individuals with physical and mental disabilities) to the Newark Boys Chorus School (a full-time academic music school for disadvantaged youths) and many, many more - Wynton responded enthusiastically to the call for service. It is Wynton Marsalis’ commitment to the improvement of life for all people that portrays the best of his character and humanity.

Blue Engine Records Releases "The Music Of John Lewis" From The Jazz At... 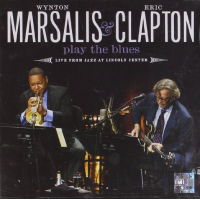 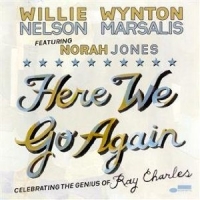 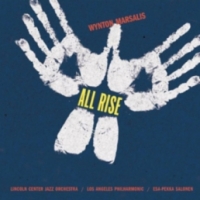 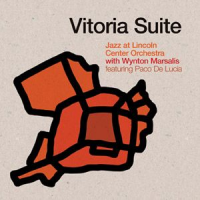 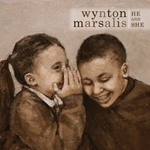 All About Jazz musician pages are maintained by musicians, publicists and trusted members like you. Interested? Tell us why you would like to improve the Wynton Marsalis musician page.