Originally born in Moscow and hailing from Israel, for the past 9 years Yaacov Mayman has been contributing his unique musical voice to the vibrant New York Jazz scene, equally earning high praise, as from his peers and musical critics, as from his multi-faceted audience. He has recently released his highly acclaimed debut album “Watercolors” that features some of the most prominent and re-known Jazz musicians today, such as trumpeter Alex Sipiagin and bassist Boris Kozlov. Yaacov has been indulging audiences nationally and internationally in his fascinating performances with powerful, warm sound, dazzling virtuosity, daring interaction and outstanding musicality, accompanied by an impeccable lineup of hard-swinging and powerfully driving rhythm sections.

Yaacov Mayman is a many-sided composer, whose music incorporates his strong influences by John Coltrane and Dexter Gordon, his deep roots in Be-Bop and his exposure to World, Israeli folk and Classical music into one fresh, unique and original style, full of punchy, unpredictable rhythm riffs, inspiring melodic twists and touching lyricism, all above breath-taking metric kaleidoscope.

His quartet has been conquering audience’s hearts, leaving listeners on the tips of their toes all the way through his exciting performances around USA and abroad and is currently maintaining a busy tour schedule, making New York City its home. Show less 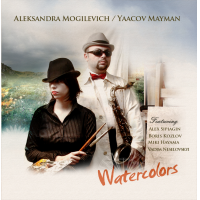 All About Jazz musician pages are maintained by musicians, publicists and trusted members like you. Interested? Tell us why you would like to improve the Yaacov Mayman musician page.