Yacine Boulares is a French-Tunisian saxophonist, clarinetist and composer based in New York.

After graduating with a BA in Philosophy Yacine Boulares decides to take a year off to respond to the urge to play music. He takes his first music lessons and after studying under Andre Villeger for 3 years he wins the Esprit Jazz Festival Competition in Paris and is endorsed by Selmer saxophones (2006) A year later he enters the Conservatoire National Supérieur de Musique de Paris where his horizons broaden under the influence of peers and mentors such as Riccardo Del Fra and Francois Theberge. He soon understands the necessity to go to the roots of Jazz and in 2009 he is granted a Fulbright Scholarship to study at the New School for Jazz and Contemporary music on a merit scholarship.

In New York, the dream of meeting and playing with his idols becomes true and Yacine gets to learn from Chris Cheek, Donny Mc Caslin, Reggie Workman and with countless musicians who inspire him daily. But New York also exposes him to a myriad of different musics. Soon he is part of ex Fela Kuti' drummer Jojo Kuo' Afrobeat Collective, of late Cameroonian singer Martino Atangana's African Blue Note, of Haitian Kompa legends Tabou Combo. In their musics, he finds a deep echo to his North African roots and the Bikutsi rhythms from Cameroon become reminiscent of the trance rhythms and musics from Tunisia.

These influences urge him to find his own identity and his explorations of Cameroonian dance rhythms lead to the creation of the band AJOYO, a mystic brew of African tradition, jazz and soul. Yacine signs the music and lyrics of a repertoire that celebrates life, love and justice. The album is released in 2015 on Ropeadope Records and played on radios throughout the world from New Yorks' WNYC to French RFI, London's Jazz FM, National radio in Brazil, South Africa, Nigeria...

In the meantime, Yacine continues to play as a sideman both in the jazz repertoire with the likes of Sheila Jordan, Theo Bleckman and Becca Stevens and for various projects such as Japanese singer/songwriter Senri Oe (3 albums for Sony Japan).

In 2014 he is part of an intimate band picked by producer and arranger Robert Sadin to accompany Opera legend Placido Domingo on his remarkable record Encanto Del Mar. Yacine is featured both as a soloist and arranger of the Andalucian standard Lamma Bada and gets the chance to work closely with Ira Coleman, Mark Feldman, Rhani Khridja, Chico Pinheiro and Bridget Kibbey. This is also where he meets cellist Vincent Segal and gets the idea to explore the tunisian Stambeli repertoire with Vincent on cello and drummer Nasheet Waits.

In 2015 this project is granted the French American Jazz Exchange. The trio album will be recorded and released in 2017 with the French label Accords Croises.

Concurrently to his activities as a performer and a composer, Yacine teaches song-writing at the French Heritage Language Program. In 2014 he is commissioned to compose a Musical telling the story of underserved French speaking African and Haitian communities in the USA. The show Amidou & Toya was premiered in NY in May 2014. Yacine is a D'Addario woodwinds and Lebayle Mouthpieces artist. Show less 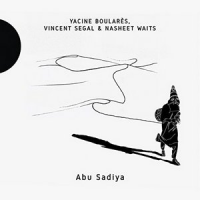 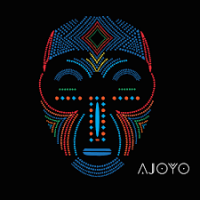 All About Jazz musician pages are maintained by musicians, publicists and trusted members like you. Interested? Tell us why you would like to improve the Yacine Boulares musician page.