“Yagull represents an ethereal beauty that takes you on a transformative journey. Throughout the course of the band’s discography, Sasha Markovic and Kana Kamitsubo have smoothly blended the guitar and piano, respectively, to produce exquisite splendor in melody and mood. One feels the music of Yagull in a spiritual, emotional intensity that is rarely equaled. A metamorphosis occurs for the listener”

Yagull is New York post rock chamber project featuring composer/ guitarist Sasha Markovic and pianist extraordinaire/ composer Kana Kamitsubo. Following the success of critically acclaimed album “films”, the couple recorded their second album “Kai” with a help of the fantastic line up of guest musicians hailing from eight different countries including fellow MoonJune international recording artists Beledo, Dewa Budjana, and Marko Djordjevic. The second album named after their son Kai, born during the period of writing and producing the record. The couple's second album together”Yuna” represents a truly intimate and personal recording for the couple. This time Sasha and Kana are the only musicians on the album with exception of one song.

“Sit back, open your ears and mind, and allow the sinuous, endless beauty of Yagull to move you. It will be a profound journey, and you will come out on the other side...changed.” 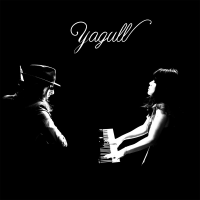 All About Jazz musician pages are maintained by musicians, publicists and trusted members like you. Interested? Tell us why you would like to improve the Yagull musician page.