. Their debut CD State of Mind is expected to be released in fall of 2002. In addition to performing with his trio Yan plays with a variety of musicians in NYC and also teaches jazz and classical piano at the State University of New York/Westchester Community College. Show less 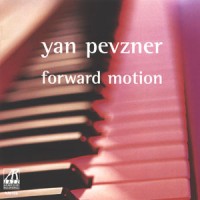 All About Jazz musician pages are maintained by musicians, publicists and trusted members like you. Interested? Tell us why you would like to improve the Yan Pevzner musician page.