Yasser Morejon Pino (Havana- 1976) is recognized as one of the most talented musicians in the business, from his residential Copenhagen he collaborates with many different projects such as: Grupo Danson, Afrocuban All Stars, the fusion Band The End, among other musical projects. His versatility allows him to be actively involved with different genres that includes jazz, latin-american folk, flamenco, afro jazz & pop music.

Currently he is immerse in his own project The Latin Syndicate Band which have had an official debut in the Jazz club Montmartre in Copenhagen on June 1st 2013. Was born in Havana in 1976. He is graduated as concertist and classical guitar teacher from the Conservatory “Amadeo Roldan” in Havana in 1995, but also graduated as contrabass player and teacher from the Rhythmic Conservatory of Copenhaguen, Denmark in 2006, where he was student of Niels Herning Ørsted Pedersen. 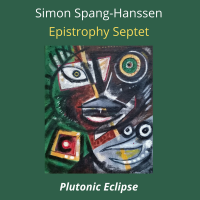 All About Jazz musician pages are maintained by musicians, publicists and trusted members like you. Interested? Tell us why you would like to improve the Yasser Morejon Pino musician page.