Ye Huang, born in 1998 in Shenzhen China. Clarinetist, Saxophonist, and composer. Ye is an enthusiastic young man who plays music across classical, jazz, pop and many genres. He started playing clarinet at the age of 9, studied with his mentor Yi Cheng, principal clarinetist of Shenzhen Symphony Orchestra. At age 12, He was admitted by Juilliard Pre-College, with clarinet professor Alan Kay and jazz with Ron Blake. He is now attending New England Conservatory for both jazz performance major with Jerry Bergonzi. He is an Backun Clarinet artist.

Ye started his career as a musician at very young age. In July 2012, he had his first performance with the Australian and Hong Kong professional musicians in the Poly Theater in Shenzhen. Successfully performed “Shenzhen-Hong Kong Jazz Night”. On December 2013, He had his first classical solo concert in Paul Hall, Juilliard. On January 10, 2015, Ye performed the “Ye Huang's Suite,” seven movements of his work at the Juilliard Morse Hall, and recorded in the Juilliard School of Music. In the summer of 2013, 2014 and 2015, he organized solo jazz tours, especially in 2015 he with several elite American Jazz musician, Bryan Carter, Emmet Cohen, Alex Claffy. They formed the “New York Youngster Jazz Quartet,” and toured of all over China in summer. On May 2016, he was invited by his teacher Eddie Daniels to tour in China as the guest clarinetist.

Ye Huang attended the well-known LaGuardia Performing Arts High School in New York. During the high school years, he joined the school’s orchestra and jazz big band for both clarinet and saxophone. In 2014, by selecting he was admitted to Lincoln Center youth orchestra. In 2016 Charles Mingus Big band competition they won the first place.

He often played with different bands and many places in New York, such as in Dizzy’s club, Jazz Standard, Blue Notes, Metropolitan museum and many; In 2013, he participated in high school production of the musical “Grease,” had eight consecutive performances as the lead reed player. He also played the clarinet recording of the musical “The Winter of April” in New York City in 2014 and had several performances at Tabula Rasa NYC Theater. He won the best solo artist award twice for the Duke Ellington regional competition with his high school Jazz Band in 2015-2016 and won the Music of the Year award in 2015. On June 2016, he graduated from high school, at the same time he received “Creative Music” and

“A&F William Feinberg Music Award” two awards. Ye Huang was one of the directors and performers who organized a memorial to Martin Luther King concert, and twice interviewed by the United States ABC television. In 2016, he was selected as the finalist in Backun international clarinet competition 2017(classical).

Ye was invited by the famous trumpeter Arturo Sandoval in April 2017 for a 20-day China tour. After that, he continued to perform with the bands in Blue Notes in New York with Arturo. In June 2017, Ye served as guest performer and interpreter for the Jazz at Lincoln Center Eurasia tour in China. He also shared the stage with trumpeter and educator Wynton Marsalis. In March 2019, He once again toured with Jazz at Lincoln Center, and earned a lot or praises from the band and Wynton Marsalis.

In March 30th, 2019, Ye Huang released his first Fusion Jazz Album with his band Nextgen Jazz Quartet, entitled “Starlight”. It has 12 songs and features 4 of Ye’s original compositions. The song “Slavic Blues” was widely praised and featured on many blogs.

In June 2019, He is going to tour China with Guitarist Mike Stern and Drummer Dave Weckl and Bassist Tom Kennedy. Ye is going to join the band as lead saxophonist.

Ye Huang said he was born for music. His potential is not only to transcend classic, jazz, and other musical styles but to dedicate himself to music and creation. He is going to complete two more cross-styled albums in 2019. We shall wait and see.

conscious music modern jazz Clarinet clarinetist Saxophone Composer China Fusion classical backun Ye Huang Boston
“Ye Huang, who has toured Asia with Mike Stern, and is a talent so startling that the world is his for the taking…” —Blurtonline

“soon got captured by their charm exuded in the free atmosphere and musical world created on stage.” — Where ZhengZhou 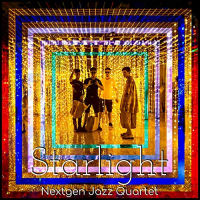 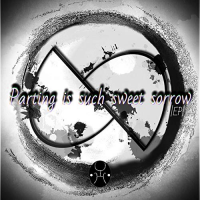 Parting is such Sweet...

All About Jazz musician pages are maintained by musicians, publicists and trusted members like you. Interested? Tell us why you would like to improve the Ye Huang musician page.