Bassist Yiorgos(also known as George) Kostopoulos is a cross-cultural musician with a Masters Degree in Jazz Performance from Aaron Copland School of Music whose proficiency in many different musical styles has led him to numerous collaborations with exceptional musicians from all over the world. Born and raised in Athens, Greece, Georgios studied in depth the full spectrum of classical, jazz,pop and Greek folk music while at the same time he explored a variety of musical styles from all over the world, enriching his music vocabulary and broadening his artistic perception. He attended the specified in Music, experimental high school of Pallini, Athens where he had the chance to study in depth classical music and byzantine/folk music. After graduating from High School he studied Double Bass in Phillipos Nakas Conservatory in Athens, where he received his degree in Jazz Performance in 2011. Yiorgos has also studied Architecture at the National Technical University of Athens. In 2009 he travels to Sofia ,Bulgaria to participate in the Jazz improvisation workshop under the direction of jazz pianist/composer Milcho Leviev . He received twice a scholarship from Berklee College of Music in Boston,MA in 2009 and 2010. In 2010 he received a performance scholarship from the Phillipos Nakas Conservatory in Athens. In 2011 after graduating from Phillipos Nakas Conservatory he continues his studies in New York City, after being accepted at the Queens College Masters Programs where he studied Jazz Performance with private teachers Lonnie Plaxico and Joe Martin, in New York 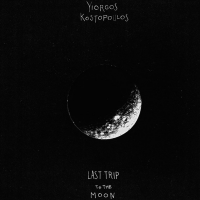 Last Trip to the Moon

Last Trip to the Moon

All About Jazz musician pages are maintained by musicians, publicists and trusted members like you. Interested? Tell us why you would like to improve the Yiorgos Kostopoulos musician page.