Over the last fourteen years, she performed with a wide variety of jazz bands / solo artists and recorded two albums with her Jakarta based orchestra “Major Seventh” (the self titled “Major Seventh” debut album and the second album named “Eastern Sunrise” - both published by DiscTarra Indonesia). She released her first solo album “Tree of Life” in March of 2013 and the second album “Radio Dalam Orchestra - Wir haven Spass” in 2016. All albums and two single releases feature some of the greatest Indonesian jazz performers and include collaborations with European Jazz and World Music artists.

She is produced by her husband, the German musician and audio engineer Peter Heckmann (Hakeem Luqman) and now divides her time between Indonesia and Germany.

Yucca Rose also appeared in a leading role as actress, vocalist and announcer in the Cirque Du Soleil style theatrical show “Regalia - The Enchanted Forest” (developed by Raining Heart Productions) at the Bali Theater (Bali Safari and Marine Park) with stunning live performances on May 14th, 2011 and the Gala on June 4th, 2011. For this show, she is also credited as Costume / Stage Designer and Artistic Co-Director.

“Arkisound - Yucca Rose - a beautiful voice from Indonesia - enchanting her audiences with her deeply heartfelt and emotional performances.” Staff - Arkisound

“Arkisound - Yucca Rose - a beautiful voice from Indonesia - enchanting her audiences with her deeply heartfelt and emotional performances.” Staff - Arkisound

“FEATURED ARTIST FOR FEBRUARY 2013 YUCCA ROSE —— Yukke Roswenda Rose, better known as Yucca Rose, is a leading Indonesian jazz vocalist and well respected contemporary painter from Malang in East Java, where she was born on June 21st, 1979. To further her musical career, she moved to Jakarta to study at Elfa Music Studio and Institute Musik Daya Indonesia - Over the last eight years, she performed with a wide variety of jazz bands and musicians, and recorded two albums with her Jakarta based band “Major Seventh” (published by Disc Tarra Indonesia). She is currently working on new songs for her upcoming first solo album Tree of Life (to be released in the Spring of 2013).” James - Band Central UK

“Yucca Rose is a talented musician who knows what good, classic Jazz tunes are made of. She interprets well-known, popular Jazz standards of yore flawlessly, without missing a beat. Jazz fans young and old will appreciate her versions of these records. Rose’s take on these classics stand up to the originals, and hopefully hers will stand the test of time as well.” Joiryder - Amped Sounds

“YUCCA ROSE - THE MULTI-TALENTED AND VERY CREATIVE POWERHOUSE FROM JAKARTA, INDONESIA. Yucca Rose is a well versed JAZZ VOCALIST, an award winning CONTEMPORARY PAINTER, an amazing COSTUME AND SET DESIGNER and also a strong and beautiful THEATRICAL ACTRESS - very surprising, to see all this creative energy just bursting out of this very petite and adorable package.” Lifestyle Editor - Glamour Magazine

“Having never received a full formal education as a painter may now be seen as a blessing, as she retained her natural and unspoiled naiveté – a colorful innocence and romantic purity. “Longing and belonging” are most appropriate key-words for most of her unique paintings, which are now more and more recognized - finding their way into collections worldwide.” IndoArt - The Artists.org

“The 2012 “Women of Indie” Artists – The best indie women from around the world - Yucca Rose received an honorable mention - Artists that are featured in tonight’s magazine issue should be held in the highest regard as they have the distinction of being recognized over Grammy award nominees & winners, Rolling Stone Magazine features, VH1 artists, MTV artists, and major festival headliners who did not get picked for this opportunity.” In House Editor - Indie Music Reviewer Magazine 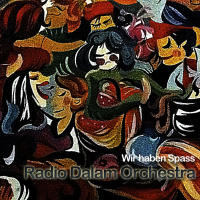 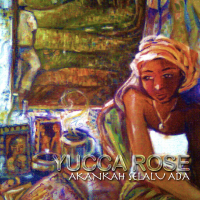 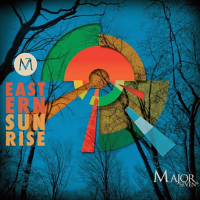 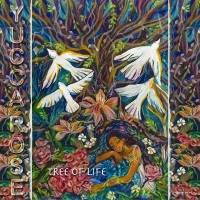 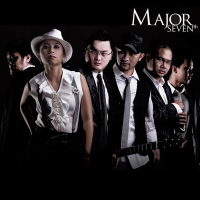 Winternight In The Summer

All About Jazz musician pages are maintained by musicians, publicists and trusted members like you. Interested? Tell us why you would like to improve the Yucca Rose musician page.