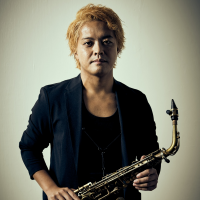 The cutting edge of the present progressive form of Jazz.
—Jazz Life Magazine

After studying at the prestigious Berklee College of Music in Boston, He returned to Japan and formed his band “Yuichiro Tokuda RALYZZDIG”, and released his first album which was acclaimed as “the cutting edge of the present progressive form of jazz” in Jazz Life magazine. In 2008, He received an award as the “New Face of the Year in Art & Culture” from the Chiba-City Government, the first time ever for a jazz artist. Every year he performs at many festivals in all over the world.

From 2011 to present, He & his band has more than 50 stages experience in all over the world.

“RALYZZDIG” is mixed original word of “RAY, LYRIC, JAZZ and DIG.” It means “to dig into Jazz that sends out hot ray and touches the heart with lyrics”.

“The perfect blend of jazz fused with rock styles makes for truly the most appealing cross-genre grooving music. You might be wondering why we would feature him here…. Well, because his music is AMAZING. Open your ears and your mind and listen to any one of his songs.” —NEO Magazine (2012 New York)

Imagination (GNPR-1142/2010 release) ”Imagination” is enormously impressive and definitely as excellent work as I assure it is ahead of a couple generations.” _CD Journal Magazine (2010 Japan)

Crossing Colors (GNPR-1145/2013 release) ”Unmistakably their play is careening to the future while digging today's jazz space.” _Jazz JAPAN Magazine (2013 Japan) ”There is no band to play a comprehensive Jazz like them anywhere in the world so far

“The perfect blend of jazz fused with rock styles makes for truly the most appealing cross-genre grooving music. You might be wondering why we would feature him here…. Well, because his music is AMAZING. Open your ears and your mind and listen to any one of his songs.” —NEO Magazine (2012 New York)

Imagination (GNPR-1142/2010 release) ”Imagination” is enormously impressive and definitely as excellent work as I assure it is ahead of a couple generations.” _CD Journal Magazine (2010 Japan)

WIND (GNPR-1152/2018 release) ”It rocks my heart like a wind of one. It is neither gusts nor breeze. It is comfortable, but it is not just that, it has strength. This balance is exquisite. From Normandy to the universe, this wind keeps blowing everywhere.” _Jazz JAPAN Magazine (2018 Japan) ”Contemporary jazz with its overwhelming energy and rich lyricism will not leave my ear once I hear it ... The real ”sound” in the music is because what he learned in real experience will be reflected. He is a minstrel who travels the world and is a realist.” _Jazz JAPAN Magazine (2018 Japan) ”In addition to the conventional jumping drive feeling, he will also show landscape observations in foreign countries, ethnicism which can tighten our hearts, hand clapping used for flamenco, and his sweet vocals. Looking for new grounds, keeping the spirit of nature but powerfulness, you can see the holding as a band that has always challenged growth and change. “ _Tower Records Magazine/intoxicate (2018 Japan)

God dwells in everything (GNPR-1164/2020 release) ”Yuichiro Tokuda and his band RALYZZDIG, they took a close look ahead at the current crisis and the world after that, and created a magnificent lyric poem that could be called a guidepost. An unprecedented work brought about by under the COVID-19. I would like to recommend to everyone who is losing power and hope.” _Jazz JAPAN Magazine (2020 Japan) ”I think Tokuda was also aware of it, but I remembered Coltrane's “A Love Supreme.” Anyway, it is a complete album with a magnificent view of music and performance. Yuichiro Tokuda, a saxophonist born in 1981, is one of the most creative musicians today.” _Jazz JAPAN Magazine (2020 Japan) ”I admire the spiritual strength and creativity that make up such a masterpiece. A satisfying work that Tokuda dedicated with all his heart and mind and strength.” _Jazz JAPAN Magazine (2020 Japan) ”A masterpiece that depicts 2020 with music. Full of performances that show the high level of performance of the band and the strength of cohesion.” _Jazz Life Magazine (2020 Japan)

From the International Jazz Festival REVIEW ”This is the dream team back up band for any producer or engineer.” _Canadian Music Week (2013 Toronto) ”Any modern Jazz fan who missed this band missed the best performance of the festival.” From CANADIAN MUSIC WEEK 2013(CMW) official web magazine “The Scene Magazine” Yuichiro Tokuda RALYZZDIG was awarded CMW 2013 No.1 Best Performance Point “9.8” from more than 1000 bands. _Canadian Music Week (2013 Toronto) 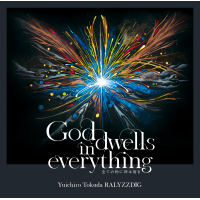 From: God dwells in everything
By Yuichiro Tokuda

All About Jazz musician pages are maintained by musicians, publicists and trusted members like you. Interested? Tell us why you would like to improve the Yuichiro Tokuda musician page.