Her versatile Flute performing and recording career range from Jazz, modern Improvisation, World music, Chamber and Orchestral music. Performance credits include engagements at top-notch NYC venues such as the Blue Note, Dizzie’s Club and Carnegie Hall. Recent projects and collaborations have been with drummers Greg Hutchenson and Clarence Penn, Tyshawn Sorey, bassist Lonnie Plaxico, Thomas Morgan and pianist Jason Linder. She is a recipient of numerous grants and awards as a flutist including Jazz Flute master class competition by NFA, outstanding music awards from Berklee College of Music. She is active as a composer and an educator, has giving jazz flute master classes and workshops about improvisation in New York and Tokyo. YUKARI also has been featured in numerous prints and television commercials and the radio programs.

YUKARI began studying classical music on piano and flute at the age of five in Japan. At age eleven she began her pursuing her career as a young concert pianist in Japan. She has performed piano sonatas by Beethoven, Mendelssohn and Rachmaninoff at Steinway hall in Tokyo as well as other successful concerts in the Tokyo metro area.

Her life interests led her to Tokyo University for Foreign Studies where she received B.A. in Sociology and International relations. Upon graduation, YUKARI embarked on a novel approach to re-immerse herself in world music. She traveled through over 20 countries, including India, Bali, Europe and Turkey to gain playing experience with local musicians and their music. During her visit in Puerto Rico she performed with Fania All Stars.

While attending school she continued to perform internationally, leading her group “SPICEPOT”. YUKARI’s first album “Spectacular” was released at the famed Tribeca Film Festival and she is currently making the 2nd album.

She has been extensively working with the various projects such as the chamber music group led by the composer Michael Patterson, avant-garde music Trio “YUKARI’s Wonderland”, piano Duo with Jo Junghanss, “Smoky and Tubes” with the guitarist Dan Lippel and the collaboration with the sculptor Alain Kirili and the painter Mark Wiener.

Her composition credits include a meditation CD “LUMINOUS” which will be released by the Japanese label this year and a theater play entitled THERE IS NO PLACE LIKE NO PLACE directed by Jenn Ben Yakov performed at Stahlhouderij Theater in Amsterdam. Show less

teach flute and piano privately and also at schools 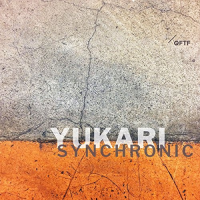 All About Jazz musician pages are maintained by musicians, publicists and trusted members like you. Interested? Tell us why you would like to improve the Yukari musician page.