Yuri Volodarsky is best known as an actor, a writer, and a director and producer of film, television, and video. But he’s also an exceptionally talented musician, both as a composer and as a performer. He is proud to present a brand new triple release box set of his compositions created from the mid 1970’s through the present day. Titled “Yuri Volodarsky & Friends: Tripytch,” this captivating collection highlights a retrospective of his greatest hits recently re- arranged, recorded and mixed in a variety of styles ranging from fusion, jazz-rock, progressive rock and even symphonic jazz.

The Box Set consists of two separate CDs and a compilation of music videos housed on a thumb drive: “Revelation,” “Without A Word,” and “Hot Dozen” (thumb drive) come in their own sleeves housed in a deluxe box with stylish, full color brochures and liner notes based on interviews with the musical producers and players on the CDs. Both CD and vinyl versions of “Revelation” and “Without A Word” have been released from AFL Music on Amazon.com. The limited edition box set of all three releases will be issued in September of 2015. Inspired by the classical masterpieces of Borodin, Rimsky- Korsakov and Tchaikovsky as well as by the ground-breaking music of leading progressive rock bands and artists such as Emerson, Lake & Palmer, Rick Wakeman, Triumvirate, and Pink Floyd, Yuri Volodarsky formed a new progressive-rock group, Experiment, in Odessa, USSR, in 1979. The band featured Yuri on keyboards, Michael Shuster on bass and Alex Royz on drums. The trio performed Yuri’s first long form instrumental composition, “Kingdom of Fun Mirrors,” which was a huge accomplishment at the time for a local USSR band to perform progressive rock using a combination of live performance blended with several pre-recorded tracks. Since his debut composition, Yuri has been involved in quite a few musical projects over the last 35 years spanning a number of styles and genres. Along the way, Yuri has created several long form progressive rock compositions, numerous songs, soundtracks for movies and television series, music videos and also some truly wonderful and unique jazz compositions. Yuri emigrated with his family to the United States in 1991 — two months before the dissolution of the Soviet Union. He lives in San Francisco, where, in addition to his film and television work, he continues to compose music for movies and television.

The idea for “Triptych” was born in 2012. Work on the three CDs took over three years to arrange, record, re- record, mix and master in Los Angeles, New York, Monterey, and Moscow with a dream team of internationally acclaimed musicians – many of them Grammy nominated – featuring such luminaries as Eric Marienthal, Lois Conte, and Mike Miller. Besides working with his musical producers Eugene Sharikov and Valery Alborov and such a talented group of performers, producers and engineers, a true highlight of the project for Yuri was to finally be able to spend a few days in London mastering in the famous “Metropolis” studios and then be able to release both albums on CD and LP in 2015. Show less 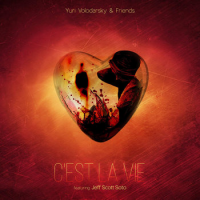 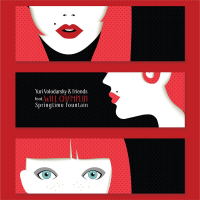 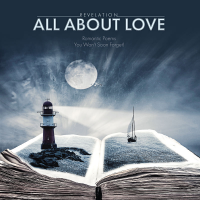 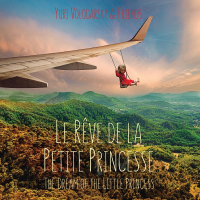 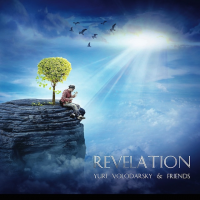 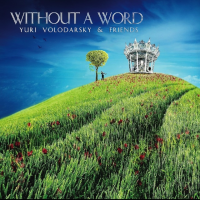 All About Jazz musician pages are maintained by musicians, publicists and trusted members like you. Interested? Tell us why you would like to improve the Yuri Volodarsky musician page.