Eloquent and provocative singer-songwriter, Zara McFarlane, is the UK’s Black British foremost Jazz Vocalist. With two critically acclaimed albums to her name, she inhabits an unusual musical landscape, fearlessly exploring original material & reworking well known classics from the worlds of Jazz and Jamaican music. September 2017 sees her return with her third studio album “ARISE” which traces her musical heritage of the Caribbean and explores her take on the musical possibilities of British-Jamaican identity.

“ARISE,” which is produced by multi award-winning drummer Moses Boyd and released on Brownswood Recordings, is a product of their exploration of the meeting points between British Jazz sounds and the rhythms of Jamaica namely; Reggae, Kumina, and Nyabinghi. Both of Caribbean descent, the collaboration has resulted in a very sophisticated, honest offering of socio-conscious lyrics and pulsating rhythm. The album, supported by funding from PRSF Women Make Music Fund, features a stellar line up of some of the key players on the London jazz scene; Moses Boyd [Drums], Binker Golding [Ten. Sax], Peter Edwards [Piano], Max Luther [D.Bass], Shirley Tetteh [Guitar], Nathaniel Cross [Trombone], Pete Eckford [percussion] and Shabaka Hutchings [Clarinet].

Zara’s music is seductive and earthy. As a performer she is uniquely engaging, deftly combining the intricacies of jazz with a deep soulfulness, melding multiple influences from reggae to pop, folk and blues with both her originals and choice of covers. Her breakthrough 2012 jazz cover of Junior Murvin’s ‘Police and Thieves’, provided a jumping off point to further explore the blurred, colourful territory in between jazz and roots-reggae. On “ARISE” we see her continue to explore her Jamaican roots covering Nora Dean’s “PEACE BEGINS WITHIN” and a beautifully poised version of the Congos’ “FISHERMAN” teases out the poignant lyrical content of the 1977 classic. This time her originals have a socio-political lilt, inspired by the political reggae movement of 70’s Jamaica, as well as her trademark compelling self-reflections and observations.

Zara McFarlane first made her solo outing in 2010 when she issued her self-produced EP, Until Tomorrow, catching the attention of Gilles Peterson who released her debut album of the same title, the following year on his label, Brownswood Recordings. Positioned neatly between the twin worlds of modern jazz and nu-soul, it confirmed the presence of a very special artist, receiving rave reviews and a MOBO Award Nomination, and heralding a major new talent in the world of British Jazz.

Her sophomore album, IF YOU KNEW HER, released on Brownswood Recordings in 2014, showcased a more ambitious body of work drawing from many influences; from the deep spiritual jazz reminiscent of the ‘spiritual jazz’ movement and of 70’s black America to soul, jazz, dub and reggae. It saw her blossom as a lyrically conscious songwriter and garnered further recognition winning 3 awards; a Best Jazz MOBO Award 2014, an Urban Music Award for Best Jazz Act 2015 and a Jazz FM Award for Vocalist of the Year in 2015.

With a voice that has been described as ‘a caressing voice of sparkling clarity,’ and ‘vocally akin to early Nina Simone and Roberta Flack’, her delivery stems from both a natural gift and years of formal study at a very high standard. She studied Musical Theatre at BRIT School of Performing Arts, Popular Music & Performance at BIMM and holds a Masters Degree in Jazz Studies attained at the Guildhall School of Music and Drama.

Unsurprisingly, she is much in demand as a featured vocalist internationally. She has collaborated with; US House legend Louie Vega featuring on his Grammy nominated album “Starring XXVIII”, Italian DJ Nicola Conte, Gary Crosby’s Ska Orchestra Jazz Jamaica, the Swiss Harmonica player Gregoire Maret, US trumpeter Leron Thomas, Spanish flamenco pianist Ariadna Castellannos as well as up- and -coming British Jazz acts such Shabaka Hutchings, Moses Boyd, Ezra Collective and Camila George. Her tracks have been remixed and reworked by the likes of British DJ Bopstar, Viennese Techno Duo Ogris Debris, Ninja Tune’s Floating Points, Afro-Funker Osunlade and Space-Jazzers Emanative and has paid tribute to Tammi Terrell with Norwegian Dj/Producer Dalminjo. She has also been a supporting act for the likes of the godfather of South African jazz and funk, Hugh Masekela; Gregory Porter, Dianne Reeves and Gwen McCrae.

​Zara is passionate about exploring all avenues as a performer and vocalist. This year saw her have a debut season with the Royal Shakespeare Company as the featured singer in the play Anthony and Cleopatra (directed by Iqbal Khan) at the world famous Royal Shakespeare Theatre performing music written by Laura Mvula. Zara is also writing a musical inspired by a Caribbean folk story set in colonial Jamaica. She received funding from the Jerwood Charitable Foundation to conduct field research in Jamaica this year. She also continues to maintain a role in education, teaching vocal workshops internationally. Show less 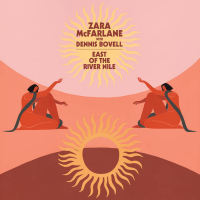 East Of The River Nile 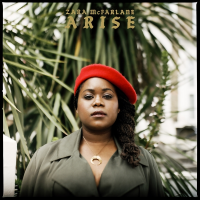 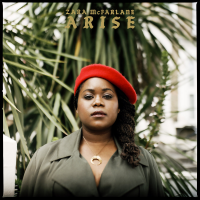 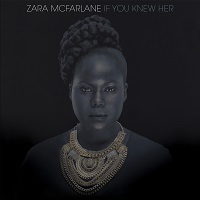 If You Knew Her

All About Jazz musician pages are maintained by musicians, publicists and trusted members like you. Interested? Tell us why you would like to improve the Zara McFarlane musician page.