Described in The Observer as “a remarkable pianist by any standard”, Zoe Rahman has firmly established herself as one of the brightest stars on the contemporary jazz scene. A vibrant and highly individual pianist/composer, her style is deeply rooted in jazz yet it reflects her classical background, British/Bengali heritage and her very broad musical taste. Known for her powerful technique, wide-ranging imagination and exuberant performance, she has become a highly sought-after musician.

Born in Chichester, UK, to a Bengali father and English mother, Zoe studied classical piano at the Royal Academy of Music, took a music degree at Oxford University and then won a scholarship to study jazz performance at Berklee College of Music, Boston, where she studied with the inspirational pianist JoAnne Brackeen.

Her second album, “Melting Pot”, was nominated in 2006 for one of the UK’s most prestigious music awards, the Nationwide Mercury Prize and it also won ‘Jazz Album of the Year’ at the UK’s first Parliamentary Jazz Awards.

Since then, she has recorded two more critically acclaimed albums. “Live” showcases her superb trio, American drummer Gene Calderazzo and British bass player Oli Hayhurst, as well as featuring the hauntingly beautiful playing of her brother, clarinetist Idris Rahman. Her fourth album, “Where Rivers Meet”, is a stunning collaboration with her brother Idris, exploring music from their Bengali heritage. Originally they toured this project in India, Sri Lanka and Bangladesh as a duo but for the album they teamed up with Zoe’s trio as well as Dhaka-based vocal stars Arnob and Gaurob, violinist Samy Bishai and percussionist Kuljit Bhamra to produce “a wholly original brand of Anglo-Asian music” (Sunday Times).

Aside from her own groups, she has worked with a diverse range of other artists, including: Courtney Pine; Jerry Dammers’ Spatial AKA Orchestra; Soothsayers, Clark Tracey; Martha Wainwright; Danny Thompson; Tony Bianco; Tom Bancroft’s ‘Band of Eden’; Steve Williamson; James Carter; Keziah Jones, Bob Moses among many others. Show less 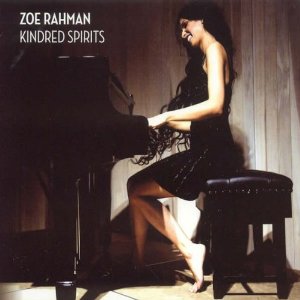 All About Jazz musician pages are maintained by musicians, publicists and trusted members like you. Interested? Tell us why you would like to improve the Zoe Rahman musician page.